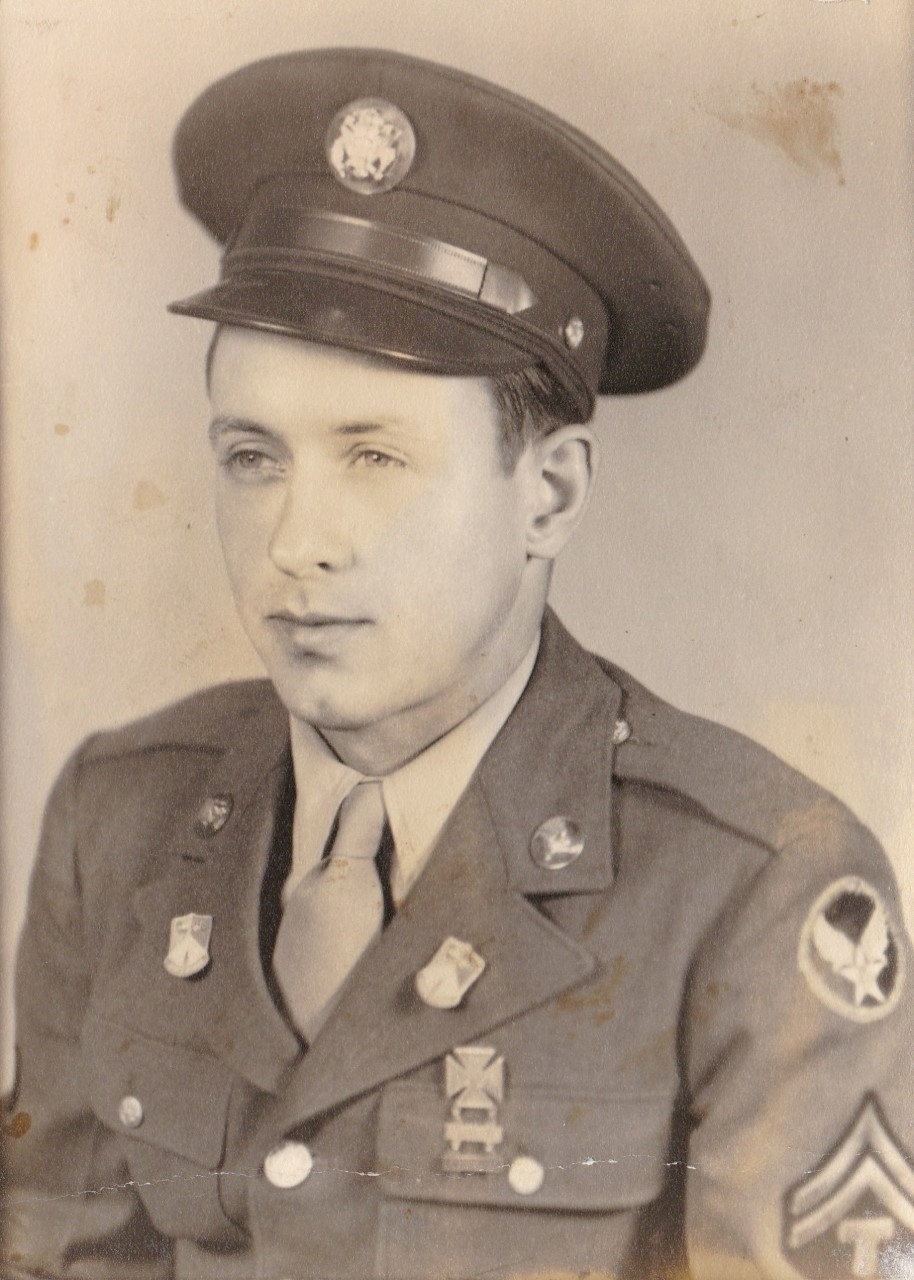 Noel was a fighter pilot in World War II, discharged in 1946 as a 2nd Lt.  He was associated several years in the automotive parts business in Boonville, Mo and Fort Worth, Texas.  He served as a Dealer Representative for Fischer Mfg., Tipton, Mo and retired from the office of the Missouri State Auditor in 1990.

There will be a Celebration of Life at a later date.

Joy and Sondi, I am so very sorry. You have many fond memories of your dad to hold in your heart. I always enjoyed seeing him when he would come to church.

Condolences to all your family from us.

Sonde,
Your dad was a joy to be around and a truly wise man. I will remember him always. My prayers are with you and your dad.
All my love,
Jack

I was so sad to hear Uncle Noel passed away. He was truly a kind and loving man. I always enjoyed my visits with him. I know my grandma (Mattie) will be thrilled to see him again in heaven.

Sending prayers and hugs for the family. He will live on in your hearts and the wonderful memories you shared. So sorry for your loss.

To Sondi, Joy and the whole family: Please know my deepest sympathy for your Dad and how wonderful it was to have him for as long as you did! I knew him briefly back in about 1962 in Boonville and spent many hours in the Bayne home as friends of Sondi & Joy. He was always friendly and kind to me. May your sweet memories of your Dad and Mom linger and give you joy especially at this time! Love, Natalie

Joy & Sondi: I don’t know if you remember me but I am the youngest child of Gene & Jane Edwards. Joe Lachner (married to Mattie) was Mom’s brother. I remember your parents fondly and enjoyed visiting with them

Joy–Your dad was a wonderful man. His legacy is his children and grandchildren, who are loving, caring people. Thank you Mr. Bayne for all you did for others during your life. You earned your crown. I have to believe you are safe in the arms of Our Lord now.

Your dad was a wonderful man. He lived across the hall from my mom at JKV, and was always smiling and cheerful. I talked with him a lot, and the last time I saw him he hugged and spent a lot of time petting my new basset hound puppy, just a couple of weeks ago. I’m so glad his daughter from Texas was recently able to see him, and I’ll always fondly remember how good you were to him – taking him out to eat often. Noel will be missed by many, including my wife, my mom, and me.

Joy, I will always remember how surprised I was when you told me (not so many years ago) that your dad drove himself from Jefferson City to visit you in Kansas City! (And another surprise when so recently seeing him walking with his new walker. Your parents were always so gracious when we teens entered the scene….great memories of your dad and mom, too.
Thinking of you Joy and Sondi in this difficult time. God bless you and your families.

My deepest sympathy to Noel’s family and friends on his passing.
He was a down-the-hall neighbor in John Knox’s independent living in Lindbergh building and a down-the-hall neighbor, again, in John Knox’s Assisted Living.
He was a dependable member of the John Knox Village Assisted Living’s Men’s group that met for coffee and conversation every Thursday morning.
We often talked about his flying, but his favorite story was about when one day he got orders to be part of the Japanese-mainland invasion force, then the next day his orders were rescinded because the Japanese had surrendered. He always maintained that the Japanese surrendered because they knew that he, and his unit, were coming!

We will miss our friend, his laughter and great sense of humor.
With deep sympathy,
Smokey (Herb Lowe’s daughter) and John Viertel

I remember Noel when he was our dealer trade driver years ago when I first got in the car business at Capitol City Chrysler was a very nice man. I never knew he was a WWII veteran a and fighter pilot a true American hero