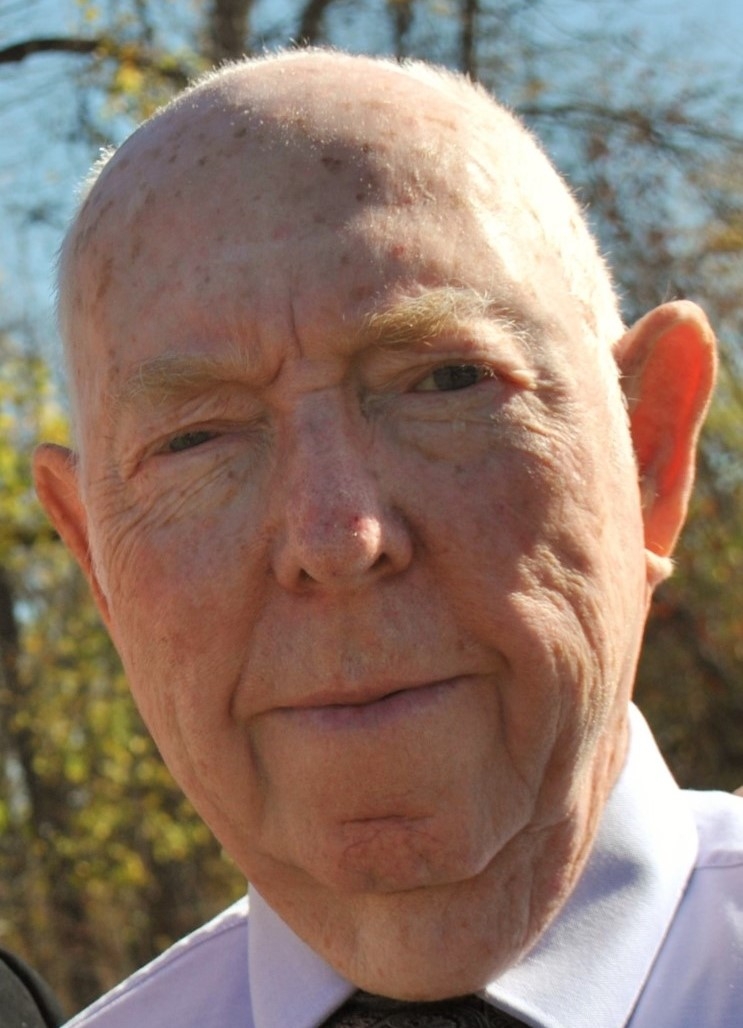 Owen Hugh Neff, 89, of Lee’s Summit, Missouri passed away on February 28, 2022 at Belton Regional Hospital.Owen was born in Kansas City, Missouri to Lloyd and Lucille Ruby Neff on November 28, 1932. Owen was raised in Overland Park, Kansas where he attended its only elementary school at the time and graduated from Shawnee Mission High School in 1950. In 1954, Owen completed his Bachelor of Science in Pharmacy at the University of Kansas City. Upon graduation, he served in the United States Army from 1954 to 1956 where he was a member of the 7th Infantry Division that was stationed in Korea. After being honorably discharged and returning to the States, Owen continued working in the Neff family pharmacy where he met and married the love of his life, MaryAnn Musil, in December of 1957 and had four children LaDonna, Owen Jr., Philip and Eric. Owen was incredibly proud of being one of ten members of the Neff family who were pharmacists in the Kansas City area. Neff’s Prescriptions was founded in 1918 by his father, Lloyd Leon Neff Sr. and over the years expanded to multiple professional pharmacies in downtown Kansas City and its surrounding area. After 42 years, he sold the business in 1998 and began his “Semi-Retirement”. Owen was a member of numerous Pharmacy Associations, was a very active member of his children’s and grandchildren’s school activities and parent groups. Owen was a leader in his sons’ Boy Scout troops and a member of the Tribe of Mic-O-Say. He was also a proud member of the American Legion, McDonald County Missouri Historical Society, the Sons of the American Revolution and the UMKC School of Pharmacy Alumni Association.

Traveling, maintaining his garden and flowerbeds and tinkering around the house with multiple projects, were a few of the many things he found pleasure in doing. Owen also enjoyed making andsharing his special holiday slush for all to enjoy at family gatherings. Owen will be greatly missed for his infectious laugh, his wonderful sense of humor, and his ability to befriend anyone he would meet. Owen never knew a stranger and was known near and far. He was a bit of a celebrity around town even having his own shake named after him at the local Freddy’s called the “Owen” which was half chocolate, half vanilla that you could order by name. Owen was a wealth of knowledge and anincredible story teller. He possessed a wit and vocabulary that could take over a room and was the life of the party wherever he was. Owen was the definition of a people person and loved people coming into the Pharmacy on a daily basis. He was a dedicated, medical professional and business man who never took a sick day because he knew so many depended on him at the pharmacy in their time of need. Owen was passionate about his profession and took great pride in mentoring and helping others. He established the Neff Family Scholarship at the UMKC School of Pharmacy to support aspiring pharmacy students.

Owen is survived by his loving wife of 64 years MaryAnn, his children LaDonna List (Harold) of Knob Noster, Missouri, Owen Jr. (Melissa) of Peculiar, Missouri, Philip (Melody) of Bella Vista, Arkansas, Eric (Karla) of Lee’s Summit, Missouri and his greatest source of pride, his 11 grandchildren and spouses, and 11 great grandchildren. Owen is preceded in death by his parents and two brothers.

In lieu of flowers, the family suggests donations to the Neff Family Pharmacy Scholarship Fund at the UMKC School of Pharmacy 2464 Charlotte St. Kansas City, MO  64108.

What a Character full of stories and loved his sweets. We have enjoyed so many family birthday parties and gatherings with him . He will be missed. Prayers for the family in these rough times. His memories will live forever .

So sorry for your loss. He was a special man.

I’m so very sad to hear of Mr. Neff’s passing. My memories of him during my Nelson School years with Phil are so warm and joyful. He was always smiling and so kind. Much love to all of you. May your memories of him bring you peace and happiness.

Owen & I went to Pharmacy School togather and have been friends ever since Our first adventure was one summer when we were still in Pharmacy School we took off in my Chevy Coup to Aspen Colorado. We did a lot of things with our young families Canoe trips. He will be missed and our condolences to his family

Our thoughts and prayers are with the entire Neff family. Please accept our sincere condolences for your loss. Owen touched so many lives throughout his years, he will be missed by you most, but so many as well. He was truly special man.

Sorry for your loss!

Dear Mary Ann, I didn’t know about the “Owen” shake–but I’m not surprised. And, aficionado that he was, I wouldn’t be surprised if there might be an “Owen” fruitcake as well! What a joy he was. His light will linger. But now, what a loss for you and your family and friends. And know that you are in my daily thoughts and prayers. Fr. Bob

I will miss a good friend. We had a lot of good time and fun when I was working in the pharmaceutical industry.

Owen was a good personal friend as well as a friend of his alma mater. I always enjoyed the chance to see him at alumni events and hear him tell of his adventures in both the profession of pharmacy and the world at large. All who met him were blessed to have that opportunity. He will be missed, and our prayers go to his family in this difficult time.

Phil, may God be with you and your family in this very sad time. I was lucky enough to meet your Dad and will always remember his humor and quick wit.

Keep the Faith and Remember the Moments!

My sincerest condolences to the Neff Family. I had the pleasure of knowing Norm for the past 20 years through Alexander Majors Chapter of the Son’s of the American Revolution. Norm was an active member and even planned our annual Luncheon. We appreciated his love of history and genealogy. Norm was a friend in addition to our Compatriot.

I just stumbled upon his obituary when looking for someone else. I am so very very sorry for your loss. I think Ron and I ran into Owen last at the Farmers Market in Lee’s Summit I think the summer before last. He was such a joy to talk to. Your family has always held a soft spot in my heart. Hugs to you all.