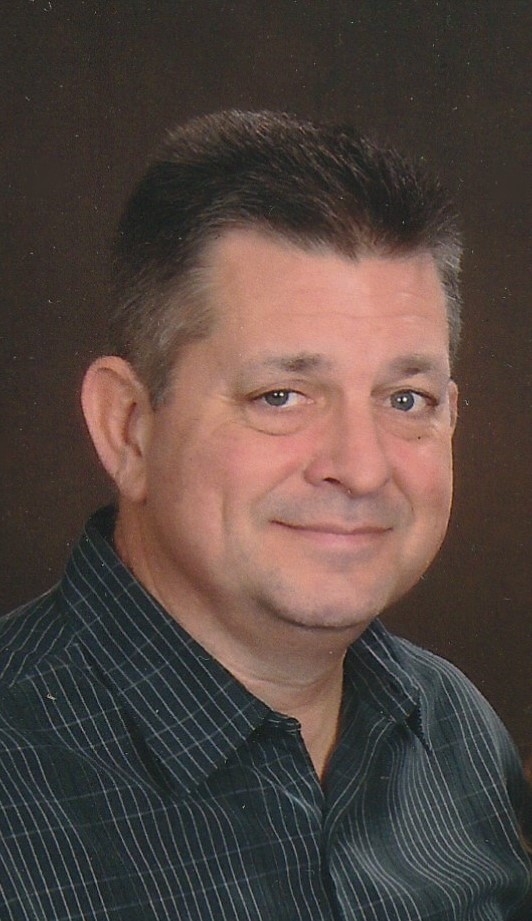 Phillip joined the Air Force in 1982 and was active duty for 11 years and an Air Force reservist for 23 years before retiring in 2016. Other than his service, he held other mechanical positions, most recently at Sioux Chief Manufacturing based in the Kansas City area.

Phillip was a kid at heart, always willing to quarterback the backyard football game, play chicken in the swimming pool, or crack a joke when everyone needed it. He was able to fix anything. He was everyone’s person to have a beer with. He was an avid guitar player. He was an amateur golfer. He loved to learn about science. He was a master on the grill. He was die-hard Chiefs fan. With his wife of 34 years, he created a loving family based on compassion and laughter. He was an amazing husband and father. He was everything to those that love him.

He was preceded in death by his father, Earl Cramer; mother, Shirley Gray; sister, Steffany Skouby.

He is survived by his wife, Leanne Cramer; son, Justin Cramer; daughter, Crystal Cramer; niece, Shellie Turley; and many inlaws, nephews, nieces, friends, and family too numerous to list but not forgotten.

Leanne, Crystal & Justin,
Sorry for you loss and may God put his loving arms around you all through this time.
Memories are the best, he was a good man and loved you all and his nieces and nephews.

Leanne, Justin, and Crystal,
I am so sorry words cant even start to explain. you all will be in my thoughts and prayers, and the memories will never go away.

Leanna, Justin and Crys,
I can’t express the hurt I have knowing you’re going through this time, and it will be of no comfort now, but as time passes, know that we are here for you – for whatever you need, and that Phil remains with you all, at every single moment, in peace and without suffering.
We love you
The Zaroor Family

My thoughts are with your family.

Justin, Crystal and Leanne,
Our thoughts and prayers are with you. Thinking of the fun memories at Chiefs games with you all.
All our love,
Sam, Josh, Lane & Hayden Speer

I worked with Phil in the Air Force at Norton AFB, fun guy to be around. RIP Phil.

The first real job we ever had and living in Southern California. Being in the Air Force working on Jet Engines how much more could you ask for. Our families had so many good times together. I promise you this Phil you will never be forgotten. You made this world a better place. God speed Phil

We send our love to all of you, i am sorry the last for years we didnt to spend alot of time together, but the love never stopped

Worked with at Whiteman. He was one of kind, special guy. He will be missed.

I am so very sorry to learn of your loss Crystal. My heart breaks for you and your family.

So sorry for your loss. Phil was a great guy. You are in our prayers.

Leanne, Justin, and Crystal,
I am so sorry for your loss. Phil was a great guy and my best friend. My heart is hurting. May God be with Phil and you guys.

Leanne, Crystal and Justin we are so sorry for your loss. Phil was an awesome guy we love all of you he will truly be Missed! Prayers for comfort and strength through this tough time!! ??❤️❤️

I met Phil in the Air Force and worked with him over the course of a couple years. He was hilarious and brilliant. I really enjoyed meeting him and having him as a friend. I’m very sorry for your loss.

I’m so sorry to hear of Phil’s passing. Phil was always fun to work and visit with. You all are in my prayers in this difficult time.

I worked with him at Whiteman, it was always nice to visit with him.

Sorry for your loss. Phil and I worked together, for a few of his last years. Although we disagreed on many things I still have a great respect for the man. He will be in my prayers.

I am sorry for your loss. Phil was a great guy who lit up the room when he entered. Prayers for you and your family.

I worked with Phil for many years. He was a great person to be around. We always talked about retirement. Sorry for the lost and may God look after him and the his family now.

Leanne, Crystal & Justin,
I am so sorry to hear of our loss, of a such wonderful man. Phil and I worked together at Whiteman, we enjoyed a good conversation together and an occasional beer, at his home. I’m sadden I didn’t get to see him before his passing. I will always cherish our time spent together. Please reach out to me if there is anything I can help with. May God Bless all of you in your time of need.

Leanne and family so sorry to hear of your loss.

Crystal, so sorry for your loss. Let me know if you need anything

I just noticed this sad news today that my cousin Phillip Cramer just passed away. With great respect for his family and his friends, I am so very sorry for your loss and I pray to the Lord my God that he will comfort you in your moments of sorrow. I will alway remember that day in 1977 when my aunt Shirley Luallen Gray dropped Phillip off at my house in 1977 to take him down to be with his Grandfather Clarence (Dock) Luallen for a hunting trip stayover at his home in Salisbury Missouri. We all had a great time together with Dock telling us about his life when he was younger and all of his hunting trips.
Remember that those that we loved just don’t go away, they walk beside us everyday. My love for my aunt Shirley Luallen never went away, she was my idol when I was a kid and to this day her memories still live on within me. God lives within me and walks with me everyday and I know that God won’t ever leave me nor forsake me, that’s his promise. With my prayers for you today, I ask that there will be peace and comfort in your hearts today for the loss Phillip Cramer, for we were family at one time and all his memories we shared together, God bless you, Danny Kruse.

Phillip was my cousin. My dad, Kenneth, was Shirley’s brother.

Although I didn’t know Phillip as an adult, I clearly remember the time we spent together as children. Phillip and Stephanie lived with our family in Arkansas for several months. I adored Phillip and that precious mischievous grin on his little boy face.

I am heart broken to hear that he lost his life at such a young age. His obituary enabled me to believe he lived a joyful life. I’m grateful for those who loved the grown up Phillip as I loved the little boy. I’m so sorry for your loss.

I’m so sorry this is so late. I’m still in shock that my friend is gone. Phil and I worked together at Sioux Chief. Phil was always so nice to me since the day I met him. He was my favorite person there because he was the realest, he didn’t pull any punches. I really enjoyed the few times I got to learn from him while watching over his shoulder. He’d always know what to say no matter what was going on. I’m so sorry for your loss. The world lost a great man. Thank you for sharing him with us and blessing us with time with him. God bless