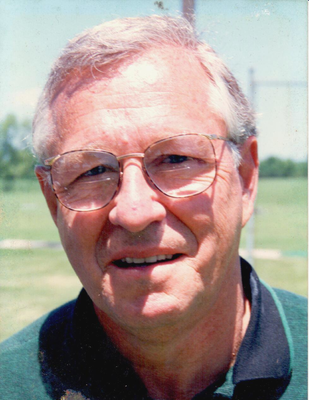 Phillip Louis Daigle, 79, of Lee’s Summit, Missouri, passed away on Tuesday, February 27, 2018 in Lee’s Summit. A memorial service is scheduled for 3:00 PM on Monday, March 5, 2018 at Langsford Funeral Home in Lee’s Summit. A visitation will be one hour prior to the service at the funeral home. Memorials are suggested to The Greater Kansas City Public Radio Foundation or a charity of the donor’s choice.

Phil was born in New Britain, Connecticut. He was active in sports and music, participating in baseball, track and football at Plainville, Connecticut High School, and becoming the co-captain of the football team in his senior year. He was also first chair violinist in the high school orchestra.

Phil served four years in the United States Army as a sergeant in counter intelligence in Northern Italy. After the military, he entered the University of Kansas and earned his BA. He went on to earn his Masters degree in American History at NW Missouri State. He taught history for many years, before returning to industry as a design engineer.

Phil was an exceptional golfer throughout his entire life, and a talented and prolific artist. He enjoyed sharing his interests and talents with his grandchildren.

He is survived by his wife Carolyn; their children, Michael, Cheryl, Kristin and Brian; eight grandchildren; and his brother Lymon of Bethlehem, Connecticut.

Cheryl, Keeping all of your family in my thoughts & prayers at this time. Losing a parent is so difficult. I pray that you have many wonderful memories with your father. May he rest In peace.

Again, so sorry for the loss. Thank you for sharing his obituary. I learned several things about him I didn’t know. He had such an accomplished & fun filled life. Our thoughts & prayers from CT will be with you for a long time to come as you go through your loss.

Kristin, Carolyn, Cheryl and all, I am so deeply sorry for your loss. Keeping you all in my thoughts and prayers.

Our thoughts and prayers are with you and your family during the difficult time. With Sincere Condolences, The Fitzsimmons Family

Was so saddened to see that Phil has passed. I’ve played golf with Phil many times at Eagles Landing Golf Course and he was always such a joy to play with. He has many friends in the Eagles Landing Golf Association who will miss his presence and paintings. I would like to express my sincere condolences to all of his family. Our thoughts and prayers are with you all.

Kristin- We are sorry to hear of the loss of your dad. Our thoughts and prayers are with you and your family.

Know that even though we can’t be there with you, you are all in our thoughts and prayers. Loved looking at all the posted pictures. Loving memories will always be with you. Your Dad always made us feel so welcome when we would come visit, so glad we got to see him the last time we were in town.

Dear Kristin, We are deeply saddened by your loss and send our heartfelt condolences to you and your family. With love, Your Italian colleagues and friends: Antonio, Giorgio, Manuel, Matteo, and Sasha

Sorry we won’t be at the funeral but will be thinking of you and your family. Glad to contribute to public radio on your dad’s behalf!

Kristin & family, we are thinking of you and praying God’s peace upon you today and always. With love & hugs.

Very sorry about your dad. Thinking of you and your family. Charlie, Chuck, Cliff, Kelly, Mary Ann, and Michael