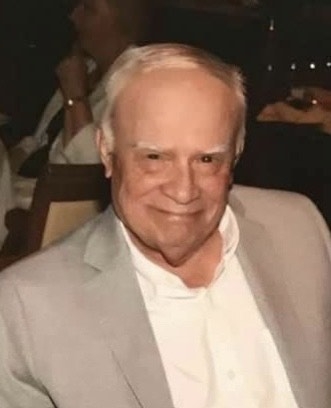 Ralph was a 1961 graduate of Cawker City High School where he excelled at baseball and football. After technical school for electronics in Kansas City, Ralph moved to Lee’s Summit, Missouri, in 1962, where he worked for Western Electric (later AT&T) for 32 years. Ralph also was a member of the Air Force Reserves for seven years. He married Ellen on June 11, 1967, and the family moved to Greenwood, Missouri, in 1970. Ralph was an Alderman in Greenwood, where he successfully obtained snow removal equipment for the first time. Ralph loved to coach his children’s sport teams over the years, especially baseball and softball. After retirement, Ralph enjoyed work at Jackson County Implement and Quick Clean Car Wash. Ralph also loved to travel the United States and especially enjoyed cruises so he could see new places.

Memorial contributions can be made in memory of Ralph Burger to the Lone Jack Education Foundation, 313 Bynum Road, Lone Jack, MO 64070

I’m so so sorry for your loss. Prayers & hugs.
Sandy Reichert

So sorry for your loss. Thoughts and prayers for your family. He made an impact on our family and will be missed.

Reaching out to all of you to say how sad I am over Ralph’s death. I’ve lost my boyfriend who I loved to joke with and talk sports. My love and support to all of you. We are in Texas until March 23rd but will be thinking of you daily. Please take care of Ellen for me!!

Burger family,
You have my heartfelt condolences. My thoughts and prayers are with you during this sad time. God be with you and give you comfort.

Thoughts and prayers. I have fond memories of growing up across the street from your family.

So many memories that we all have. Our love and prayers to you all, Ellen, Joe, Kathy and Diane

Ralph will be greatly missed by all that knew him. He was always friendly, funny and kind. I’m so sorry you have lost such a great guy. My thoughts and prayers are with you.

I am so very sorry for your great loss. I know that you and Ralph shared a strong bond and enjoyed retirement, your kids and travel. May wonderful memories comfort you at this time. Praying for peace.

We are so sorry to hear of Ralph’s passing. Hugs and prayers to all.

So very sorry about Ralph. I always enjoyed visiting with him. He had a great sense of humor. He leaves a very special family. Take care.

So sad to hear.Burger Family such a part of Cawker City

Ellen,
I am saddened to hear the news about Ralph. He will be sorely missed. We will be in Arizona Wednesday for the visitation. Know that our thoughts are with you.

My family offers our sincere prayers & condolences. I know my Dad, Charley Bock, spoke highly of his classmate Ralph. Mom thought they may have been able to visit in December. Now they can catch up in heaven as Dad passed away 2/28/22.

You have our sincere condolences on your loss. Ralphie was a classmate of mine. May he rest in peace.

Thinking of you and wishing you moments of peace and comfort.

Ellen, we are stunned. We have great memories of you and Ralph and the kids. Please hug them for us.

So sorry to hear of Ralph’s Passing. A classmate for 12 years. Thoughts and prayers for his family.

Ellen,
So sorry to hear of Ralph’s passing. My heartfelt prayers go out to you and your family.

Ellen and family,
I was so sorry to hear of Ralph’s sudden passing earlier this week. Our paths have not crossed recently, but I have many fond memories of my life in Greenwood and the time we spent together. May you find comfort in this time of grief by remembering all the wonderful times you and Ralph had in this life.
Healing Blessings,
Shirley Guy

Ellen and Burger family,
We’re saddened and so sorry to hear of Ralph’s death. Hoping your fun, silly, proud, sweet, family memories can bring you peace. Praying for all of you.

So sorry to hear. Thinking of you Ellen.

So sorry about the loss Ralph. I felt he was like a brother to me. Our family will miss him. Rest In Peace.

So sorry to hear of Ralph’s passing. Ralphie, as I always referred to him was a good friend in high school and beyond. I caught many pitches thrown by him on the Junior Leigon baseball team.

Ellen and Ralph’s children. Ralphie was a great cousin. He was 6 months older than me. We had some good times growing up, like pairing up for Halloween. Then there were sports. He was in the eighth grade and I the seventh playing basketball as opponents. Someone said it was really entertaining to see the cousins playing ball. We had a lot of fun when Ralphie would spend time at our farm. I was hoping to see him in Cawker at the CCHS class reunions in May. I cherish his memory. God bless his family.

Holland Family
Sorry to hear of Ralphs passing. We had a lot of good times in the 32 plus years of friendship and working together at Western Electric.

Prayers and hugs for all of you during this difficult time. Lots of great memories of Ralph at the Burger house and softball fields! Sorry we can’t be there on Wednesday and you’ll definitely be in our thoughts.

I am so sorry for the loss of Ralph. My thought and prayers are with your family during this difficult time.