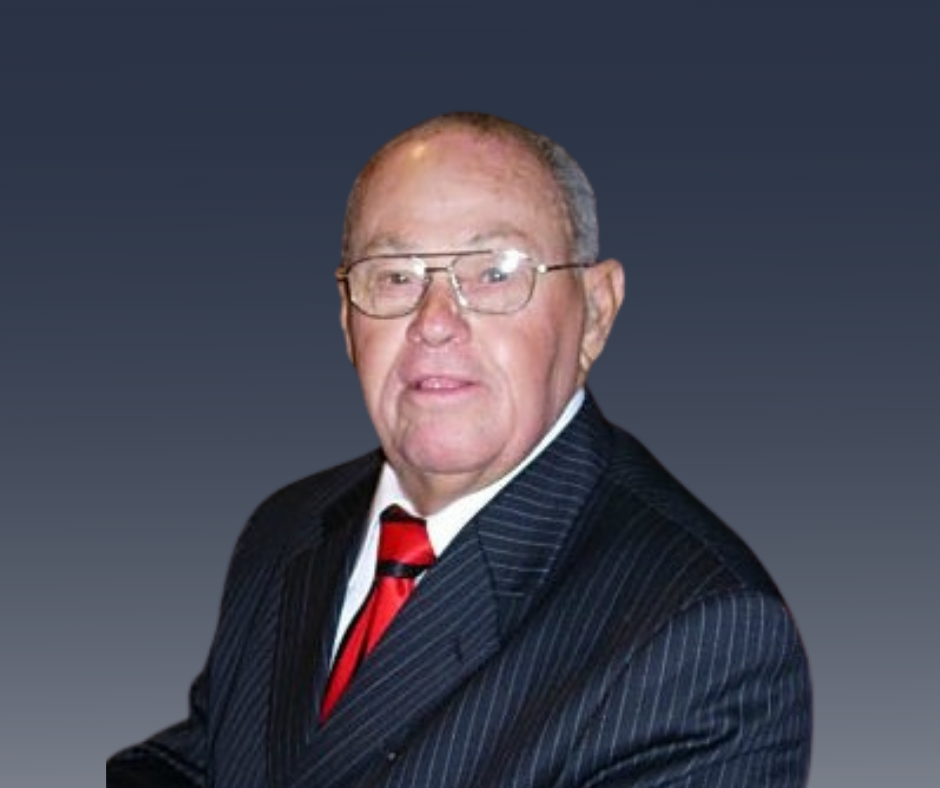 Reverend Robert Lee Shearer, 90, was peacefully promoted to heaven Wednesday, October 27, 2021 @ 9:59 am at his home, surrounded by his loving family. Bob was born into a long line of incredible Christian revolutionaries & forerunning frontier blazers, “Bobby Lee” was born September 20, 1931 in Kirksville, Missouri as an only child to two of the most loving & determined people the world has known, Blanche G. (McFarland) & Robert E. Shearer, both of whom preceded him in death. He is survived by his loving wife of 35 years, Deborah, of Lee’s Summit, MO; his two sons Stephen “Coach” Lane Shearer (Deborah Jean) of Galesburg, IL and Spencer Lee Shearer (Sue) of Lee’s Summit, MO. Bob loved the Lord and adored his family which had expanded to six grandchildren Tamara McKamy (Mark) Fort Worth, TX, Lindsay Shearer (Adrian Young) of New Orleans, LA, Aubrey Shearer & Austin Shearer of Galesburg, IL, Dr. Spencer Shearer II (Amelia) of Wichita, KS, and Ashley Shearer (Jake Shannon) Adrian, MO, & Dennis (Jennifer) Smith of Kansas City, MO. He also leaves three great grandchildren Ashley (Zach) Maxwell and Audrey McKamy of Texas, Marlee Shannon of Adrian, MO as well as three great-great grandchildren all of Texas; cousins of Kirksville, MO, Marshall, MO, Ozark, MO, Bethany OK, San Bernardino, CA, and his best friend from childhood through high school, Jim Higgins of Kirksville, MO. Bob was extremely proud that all of his grandchildren are enjoying incredible successes as ministers, entrepreneurs, business owners, doctors, health care professionals, authors and public speakers; each being deeply influenced by the principles, values, morals and work ethic that Bob instilled in them.

If you met Bob for even a minute, you knew your life would be changed forever. There really was no one like him with his incredibly unique outlook on life and heart for healing and his family. Bob learned from a young age the value of authenticity, hard work, and perseverance. He recognized the power and legacy within the family name, the fierce healing power of
laughter, and the valuable lessons learned through career and athletics. He feverishly approached life with a philosophy of working hard at whatever you do and doing it to the best of your capabilities. Bob grew up working with his dad through America’s great depression owning & operating a service station and car repair shop (when full service was actually delivered). At the young age of nineteen, Bob felt a deep calling to serve his country and to do his part in protecting the freedoms our forefathers sacrificed to secure. He enlisted in the U.S. Navy during the Korean War and served as seaman on an air sea search and rescue team to locate and recover fallen fighter pilots. He was a coveted deep-sea diver, although he claimed he never could “swim a lick”. He was later recognized and honored by the U.S. Naval Command for his service.

Bob returned to Kirksville in 1953, married, and started his family. His two sons, Stephen and Spencer, were the two lights of his life. He raised them to become strong and honorable husbands, fathers, and leaders. Stephen has lived his life’s passion becoming a successful college coach and business owner while leading young athletes to accept Jesus as their Savior.
Spencer honorably worked his entire career at John Deere Co. while helping his father run the family business. Both touch every person’s life they meet with love, servitude, honesty and integrity, along with kindness while carrying on the Shearer legacy of passion for Jesus and life. Bob spent countless, intentional hours sowing the principles of spiritual, mental, and
emotional toughness into his sons and their families; purposefully teaching them how to love and serve others with depth of relational intimacy and firmness of character. Each child and grandchild has countless memories of long drives with Bob sharing stories of family heritage, ministry, and counseling experiences and learning invaluable life lessons that would fortify
each one individually and solidify the family line forever.

Everyone who knew Bob Shearer, knew of his love for baseball. From a very young age, before gloves had pockets, cleats had soles, and uniforms had sponsors, he had a passion and skill for America’s favorite pastime. He spent hour upon hour and inning after inning taking in dust behind the five-sided plate many called “home”. He became a highly revered catcher, throwing down bullets from behind the plate even as a boy. The St. Louis Browns took notice and offered Bob a major league contract. At the time, playing baseball was the only career aspiration Bob had; however, Bob made the most difficult decision to give up a professional baseball career to follow his theological calling. In those days professional sports + ministry + being
off on the Sabbath just wasn’t an option. He was at a crossroads and had to choose.

And so the beginning of Bob’s life’s calling began and changed everything! He would tell you to this very day that he made the best possible decision he could’ve ever made as he’s now celebrating in the presence of God and all the men in white linen, apostles, saints, and sons & daughters that have gone before him. Through his mother’s and Aunt Grace’s teachings and his love for Jesus, he knew where his “eternal home” would be and what the true meaning of love and sacrifice really meant. He would not allow his epitaph to be altered for one second nor would he change a single piece of his life’s puzzle. That fateful day in 1951 would not only change the trajectory of his life, but the lives of generations to come. God met Bob that day in an old faithful preacher’s house and appeared to him as a physical cloud with the words “Go Ye Unto All the Earth and Preach the Gospel”. Feeling as if he was just a regular guy who didn’t have much knowledge of the Bible or even an idea where to start, much less certainty in his ability, Bob made the hardest, yet most significant decision he would ever make to serve God and share the message of Jesus with others. Every person who’s ever come in contact with him would undoubtedly tell you that he was instrumental in their relationship and encounters with the Father, Jesus, and the Holy Spirit.

Bob would tell you he had humble beginnings; attending elementary and secondary school in Kirksville, MO. All of his childhood stories were based on his fond memories of more innocent times spent in Northeast Missouri. He completed his undergraduate and Master’s Degrees at Northeast Missouri State University studying speech and psychology, and did his graduate training over 2 seminaries & 6 universities. He also studied at the Menninger Institute in Topeka, KS. Bob had an incredibly unique set of listening skills, anointing, and the “gift of gab” necessary for both ministry and psychological counseling. He studied theology, became an ordained minister, and started his own Church of the Nazarene in Lee’s Summit, MO during the sixties-seventies. Bob later earned his PhD in Psychology, having dual Doctorate degrees. Bob became an ordained minister for the Church of the Nazarene in 1964. He served as a minister and counselor for over sixty years, although if you ask any of us, it was nearly ninety years. His hard work and perseverance in education, as well as his boldness in Christ not only set the stage for his life’s work, but also a legacy for his family.

Always an ambitious entrepreneur, Bob started Metropolitan Counseling Center of Raytown, MO. He co-founded the group Single Adult Bible Studies (SABS) and founded the Single and Secure group which he ran with his wife Debbie for over 20 years. He wrote many powerful publications including “The Singles Creed”. His counseling center, singles groups & retreats were game changers for a generation of people experiencing divorce and loss or who desperately needed assistance redefining themselves as worthy singles. He recognized an underserved population and was determined to help singles know they were not outcasts, but that each has a place in God’s Kingdom. Bob was a Family Life Today lecturer in 12 denominations. He appeared on the 700 Club television show, and spent over 80,000 hours serving in both individual and group counseling at his clinic. He worked as a high school counselor at Park Hill High School, North Kansas City High School and NKC Mental Health Clinic. He served on the board of American Association of Marriage & Family Counselors, Police Advisory Board, and the Advisory Board of Parents Without Partners, among others. He also hosted numerous retreats and speaking engagements around the country for over 65 years.

It wasn’t until later in life that Bob met his dedicated and loving wife, Debbie, and they enjoyed more than 35 years of a wonderful marriage. In the spirit of helping others, they started their life together traveling all over the world. Bob was proud to have the opportunity to minister in the promised land of Israel and Jerusalem. Both loved spending time in fellowship with others, eating great food, and visiting for hours; building deep and lasting relationships. Their prized pictures include family with the two of them in fun and incredible settings such as on cruise ships, at one of the seven wonders of the world, the baseball Hall of Fame, or at one of America’s finest military memorials honoring the Defenders of Freedom & Christian liberties around the world.

Bob was one of the most passionate and powerful men of valor you would ever encounter. His infectious joy and thirst for life’s experiences was beyond contagious. Every person he encountered was changed for the better in more ways than can be counted; similar to the grains of the sand in the sea. His heart and love for Jesus was overpowering, as you could always
feel the overwhelming love of the Holy Spirit in his presence. One of our favorite things was to hear him sitting alone humming and singing old Church hymns, writing beautiful poems, or reading stories regarding great people who changed history. Bob was an incredibly deep man with an ocean of stories and sometimes cheesy jokes which he often shared to enlighten others or just to lighten the mood.

As Bob so desired, we are certain that he has been welcomed as a good and faithful servant into the Kingdom of Heaven and is now sitting in white linen loving and adoring each of us. We rejoice that he no longer suffers and has reunited with those he loved who have gone before him. Words could never express our love and appreciation for your sacrifice, influence, and love which you so unselfishly showered upon each of us. Because of one Bobby Lee Shearer, our lives are forever changed.

In lieu of flowers, memorial contributions should be made to The Billy Graham Evangelistic Association, 3033 Excelsior Blvd., Minneapolis, MN 55416.

“I have fought the good fight, I have finished the race, and I have remained faithful.” II Timothy 4:7

Bobby Lee, you shale be missed!

This tribute is truly my cousin Bob. He married my husband and 57 years ago. May he rest in peace 🙏 Our condolences to Deb, Steve, Spencer and the entire family.

My dear, dear friend, Debbie!! I am so very sorry for the loss of the love of your life, Bob. I hadn’t realized your marriage was blessed by such a wonderful, long time together. I know you will miss him dearly, but I also know you will be reunited with him when the Rapture takes place. Then there will be no more parting; only joyful living with each other for all Eternity! Love you, Deb!! You are my oldest and dearest friend. I thank the Lord for bringing us into each other’s life. Take care!!!

Deb, Bob had a life well lived and you were a strong part that walked the journey with him. With you , Deb by his side he had 90 great years. You are soul mates. His spirit will always be near.