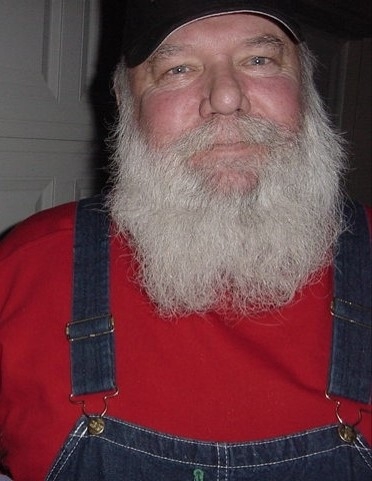 Richard Allen Slover, 74, of Greenwood Missouri, passed away at his home on Friday May, 7 2021.

Richard was born November, 6th 1946 to Willard and Mary Duggar Slover in Harrison Arkansas. After graduating from Lee’s Summit High School in 1964, Richard then attended college . He served in the United States Navy as a “River Rat” in Vietnam. Upon his return, Richard worked as a Machinist for AT&T. After a layoff, he pursued roofing. He enjoyed the outdoors and followed that passion through his retirement. “He was my big bear”. As stated by his loving wife Sandra. Richard enjoyed life to the fullest. He loved riding his motorcycle, and cold beer. His BBQ sauce was legendary and was the staple of every party with ribs. Old cars and trucks were a given..

Richard is preceded in death by his parents, Willard and Mary Slover of Lee’s Summit, MO. He is survived by his wife Sandra Yoakum Slover, his daughters Sharon Payne (John), Lesley Smith(Greg), and son Sam Slover. Sandy’s children, Shelley and Heath Yoakum, his sister Mary June Wilson and niece Heather Moore. Cremation. A celebration will be held at a later date.

I wish I could be there for his celebration but am back in FL. Please know my thoughts and prayers are with you he was a special guy for sure

Again, the Van Acker Family sends our condolences and LOVE..He is no longer in pain and is in heaven and one day we will see him again! My girls and I send much love and hugs!! We will all miss Dick very very much!!

We will see you again one day. Thanks for your conversations and talking to my girls and letting them have at your garden, eapecially the strawberries!! It was a tough time in my life and I appreciate you helping me get elected to the Greenwood Board of Alderman, WE ALL helped change Greenwood for the better!!!! May GOD qelcome you home with a hug!! Love you BOTh

Sandy, so sorry to see this. From your Facebook pages I feel certain there will be a lot of support from family and friends. I’ll be thinking of you also.

Sandy I am so sorry for your loss.

Lovely stated info about my big brother. He was truly a man’s man Sympathy to all of Dick’s survivors.

Sandy, I am so sorry. Please let me know if you need anything.

Dick was an old school good man and will be missed by many. Godspeed Dick! 🏍

I’m so sorry for your loss! He sounded amazing. May the good memories help smooth this grief.

Nothing but love for this man! I know you are riding high in that sky! Love you, Uncle Dick!

Sandy, I’m so sorry, I have so many memories of him….he will be missed. Let me know if I can do anything….please…..

Dear Slover and Yoakum families, we are so sorry about Dick’s passing. We know how much he was loved and are so sorry for the loss you and his friends are already experiencing. Such voids can never be filled, just endured. We’d love to think Dick and your beloved Harriet have been reunited with the hope that such a reunion will bring you comfort.

I am so sorry for your loss. I pray that you will know God’s peace and comfort as you grieve Dick’s death.

So sorry on your loss , thoughts and prayers are with you

Love you grandpa, I will forever miss you.

Sandy and family, Johnnie and I were so sad to hear of Dick’s passing. We send love and hugs and prayers.

Just heard today that Dick passed away, 4/20/22. We grew up together he
Lived next door to me on Central St. I met him when I was three. We did
everything together. Went swimming, went to the show, snowball fights in the
winter and dirt clod fights in the summer. One 4th July we went in his garage
shut the door and shot off firecrackers till the smoke got to us. One time I
was sick with measles or something and one Sat. he rang the doorbell and
he entertained me in the front yard doing funny tricks on his bike. We did our
share of aggravating our sisters Jeannie and June who sometimes I called her
Junebug. We were sitting on his front porch and June was inside talking to
a boy. We saw this big fat toad in the bushes and looked at each other and
smiled, we each new what the other was thinking. I opened the door real
quiet and Dick set the toad in the house. We sat back down on the porch
and waited. Soon we heard June yell Dick, David, get that thing out of the
house! Dick was 3 years older than me so as we got older we grew apart.
He was driving and I was still on a bike plus we moved to another neighborhood.
So many good memories we had. I feel lucky to have had such a good friend
growing up. Wish I could have seen him one last time. But at least I have
the memories.