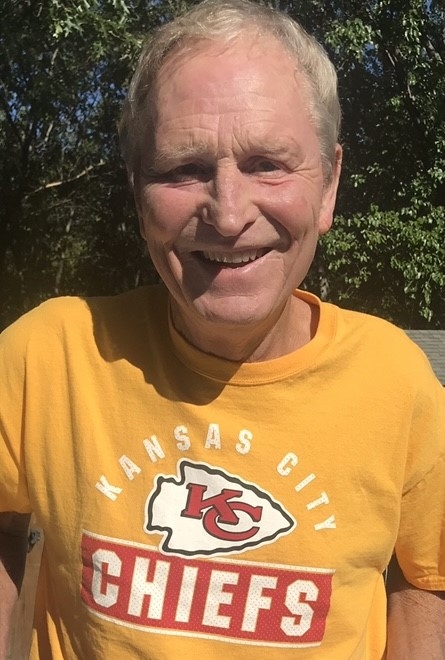 Richard Arthur Barry, 68, of Lee’s Summit, Missouri passed away in his sleep on Friday, August 12, 2022 after living with complications from COPD in the past months. Richard was born July 3, 1954 in Alice, TX and was the son of Duke Bowers Barry, Sr and Mary Lou (Klein) Barry of Alice, TX. Richard shared his favorite memories of playing football with his many friends for the Coyotes at Alice High School in Alice, TX.

After high school Richard married Susan Lynn Christie (1974-1986) and they had two daughters Hollie and Christie. During this time he worked at Smith Tool International and lived in Alice, TX. After moving to Dallas, Richard was employed with U-Haul International and married Anne Mahnken (1992-2019). They moved to Lee’s Summit, MO in 1994 with their daughter, Adriane. This is when Richard started the career he found much joy in, as the Pleasant Lea Middle School Building Manager for 17 years, retiring in 2016. A job his missed every day of retirement.

Outside of work Richard enjoyed the Kansas City Chiefs football team and his Oklahoma Joe’s Smoker, making his famous smoked brisket, ribs and chicken. On weekends he enjoyed Pomme De Terre Lake camping and fishing with his family and friends for the past 24 years. Another favorite place was in Hunt, TX – “The River” – with sisters, brother and many nieces and nephews. Richard will be missed by all that met him, remembering him as very kind and a true “southern gentleman”. His daughters will miss his words of wisdom, Texan accent and him always having time to give a listening hear.

His family will be having a celebration of life for Richard in Alice, TX at a later date. In lieu of flowers, please consider a donation in his name to the charity of your choice.

I will miss Richard.

He was a good friend and always kind and generous. His family was important to him and his love for them was always evident. He was a hard worker and loved his job at Pleasant Lea and the people he worked with. I know this, not because I worked with him, but because he told this to me many times over the years.

Condolences to his family and many friends.

We will all miss Richard. He was a sweet man.

As we age, we fall.
The beauty of life must move on.
Taken this moment to pause for another human beings journey
WAHS, Alice,TX. class of 69.
Sail on buddy.
The Barry family much to be proud of, so hold your heads high…with all those memories….

So sorry to hear this! The Barry family was an Alice treasure and they all were and are much loved by all who were blessed to know them! Prayers for Richard’s loving family and all his many friends!!!! God Bless Richard forever! Kathleen Cawthon

Dear family of Richard, You have my heartfelt sympathy in your loss. I knew Richard all the years he served as the Building Manager at Pleasant Lea Middle School. I was one of the Assistant Principals, but more than that I was Richard’s friend. He was both kind and conscientious in his words and actions. Richard was always there for us, doing what was needed to facilitate learning for our students. I knew we could count on him, and that was very reassuring. I have missed him since both of our retirements, but I will always remember him with fondness and friendship. He was well-liked in our building and will be truly missed.