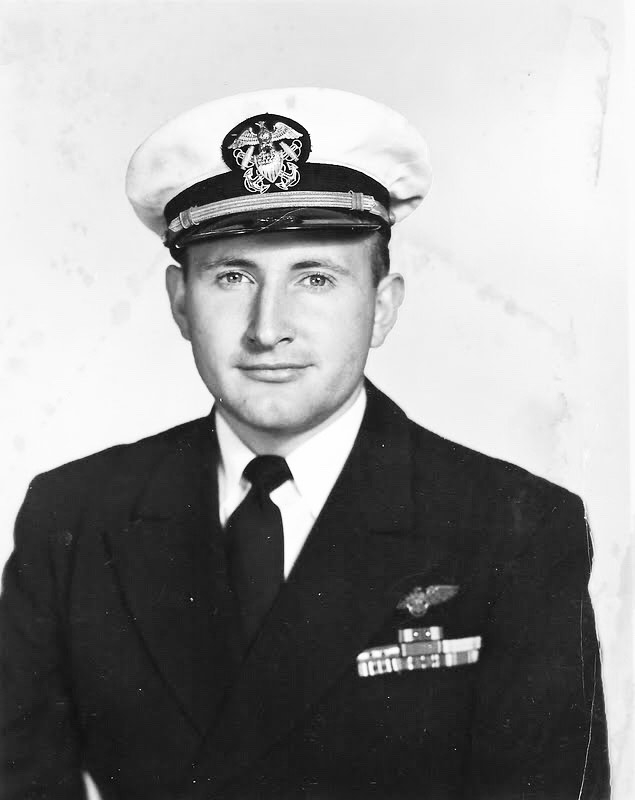 Richard “Dick” Dennis Ramsey, 89, peacefully passed away in his sleep on April 26, 2020. Dick was born July 6, 1930 in Kansas City to parents Paul & Irene (Martin) Ramsey. After graduating from college, Dick joined the Navy Reserves where he became a naval pilot. He served active duty in Korea on aircraft carriers flying C-54s on submarine reconnaissance missions. In Vietnam, he was active duty again, flying C-130s to support the Pacific fleet. He remained a weekend warrior until he retired from the Navy in 1975 with the rank of Lieutenant Commander.  He married Ruthann Lucania on September 17, 1960 and with that became Daddy to her daughter, Linda. From their union, two more daughters were born; Raven and Dawn. Dick was an avid golfer- often hitting the green with his brother PJ and friends from the Order of the Blue Goose. Dick and Ruthann loved to travel the world together and make new friends every place they went. Most of all, Dick loved his family. There was no place he’d rather be than with his family cracking jokes, telling stories, whipping up a batch of his legendary Bloody Marys, and giving big bear hugs. Dick was a true gentleman and an honorable man; he will be sorely missed but forever remembered.

Graveside memorial services will be on Dick’s 90th birthday on July 6th at 10am, at Mount Olivet Cemetery.

What a beautiful tribute and memories shared to honor your Father, Linda. Loved ones are never forgotten and are always part of us. Our thoughts and prayers are with you and your family.