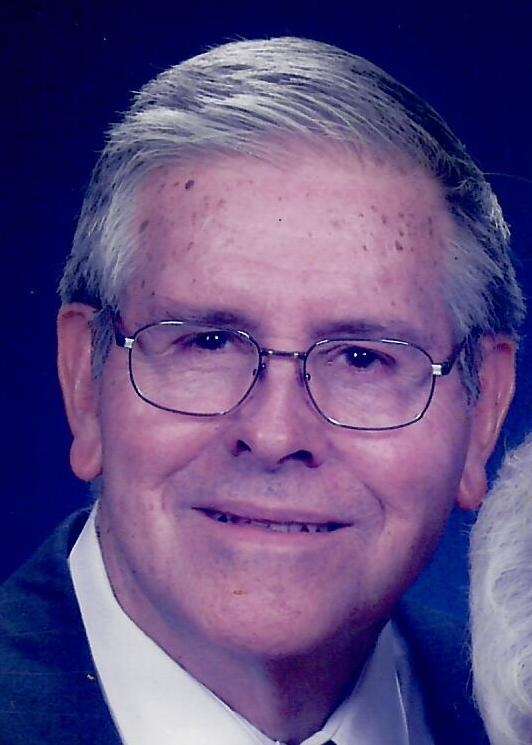 Richard Oral Welch was born on November 21, 1936 in Vernon, TX to Richard and Sarah Welch. He was married to Mary Francis McCully and is survived by their four children: Camille, Mike, Joe and Pat, as well as ten grandchildren.

The Welch family moved to Electra, TX when Richard was six years old. He spent the remainder of his school years there and graduated from Electra High School in 1953 at the age of 17.

Growing up, Richard had a variety of interests and activities. Musical talents including piano, clarinet and trumpet. Richard excelled in sports, lettering in football, track and golf. Richard had a lifelong love of the outdoors and spent many days with friends hunting and fishing while trying to keep two steps ahead of resident bulls in the fields where they forayed.

Affectionately called “Scoof” by his mother, Richard worked with his father during his teenage years in the oil fields around Electra; taking tank level readings and assisting with pump and pipeline maintenance.

Upon graduating high school, Richard left Electra to attend Southern Methodist University in Dallas, TX. Richard began his studies at SMU as a student in the electrical engineering program, before switching to chemistry his second year. He joined the Sigma Chi fraternity at SMU, where he held several leadership positions, including Consul (president). When Richard was just 19 years old, his father passed away, at which time Sarah Welch took on the role as the fraternity’s house mother. Richard graduated SMU with a BS degree in chemistry.

While at SMU, Richard met Mary Francis McCully at a social event between the Sigma Chi fraternity and St. Paul’s School of Nursing of the University of Dallas. The couple were Married on July 1, 1961 and were married for 50 years.

Richard’s career got off to a distinguished start, working as a contractor for General Electric on the iconic NASA Apollo program missions. Richard quickly earned positions of increasing responsibility as he managed the fuel testing lab for the booster rocket testing program in Alabama. Other notable NASA work included developmental work on food products for the astronauts of the Apollo missions. Richard also spent time working in the chemical and consulting industries before finishing his career in the pharmaceutical sector.

The family moved several times during Richards career, ending up in Lee’s Summit, MO where they were among the earliest to settle in the Raintree Lake Community; even before the lake was actually filled during the flooding rains of 1977.

God was always a central pillar in Richard’s life. Richard grew up in the Baptist Church and converted to Catholicism when he married Mary Francis. Throughout his life, Richard was heavily involved in his church and religious studies, including teaching Sunday school lessons for Holy Spirit Catholic Church.

While working hard and being a dedicated provider, Richard found time to engage in many of his children’s activities; serving as treasurer for Boy Scout Troop 264, attended numerous campouts, coached softball and attended countless track, soccer and baseball games. Golf, fishing and other outdoor activities remained key personal interests throughout his life.

Richard will always be remembered for his kind, humble, generous and humorous nature. He worked and served in quiet ways throughout his life to contribute to his communities and make life better for everyone around him.

This is a beautifully written Orbituary by his family.
PRAYERS for his family and friends. He will be missed. But there is Great Comfort to know he is with God, had a Great Life with a wonderful family, enjoyed his work, Loved Jesus Christ and was ready to let go. May God be with all who greive.

What a beautiful tribute for my Uncle Dick. His legacy for me will always be one of hospitality, graciousness, kindness and humor. As a young girl, he always made me feel delighted in during our visits from out of state. He will be missed. I praise God that he is with the Lord and his body made while again. Praying for you, Camille, Mike, Joe, and Pat. May the nearness of the Lord be palpable to you.