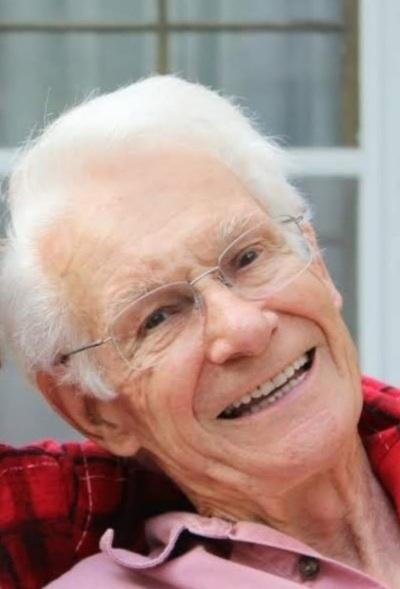 Robert (Bob) Glen Ripley, faithful husband, devoted father, and grandfather passed on to eternal life surrounded by his family at his home on Tuesday, February 15, 2022, at the age of 90 years.

Bob was born in a farmhouse outside of Otterville, Missouri on June 8, 1931, the second of two children born to Glen and Beulah Ripley. Having lost his mother within the first year of his life, Bob spent his early years with his grandparents, surrounded by his cousins, while his father operated their farm. When he and his older brother Paul, were old enough to do so, they helped Glen on the farm as well. When Bob became a teenager, his father remarried, and he spent these years living with his new step-mother, Grace, and step-aunt, Cora Cordry, at their family home in Otterville, Missouri. There young Bob attended Smith Cotton High School and then graduated from Otterville High School in 1949.

As a teenager and young adult, Bob found a love of cars and enjoyed the rod & custom movement. He liked fixing up and modifying his cars. His Aunt Cora was thrilled to help, as she sewed up new custom seat covers for several of them, including a ’31 Model A Ford. Bob spent a lot of time cruising around in, through Otterville, Sedalia, and LaMonte, where his Ripley cousins lived. He then entered college in the fall of 1949 at Central Missouri State College. Bob was majoring in business as the Korean war started, when he and some of his classmates made the decision to join the effort. He was called in for active duty in June 1952 with the Army Infantry Artillery 5th Armored Division at Pusan, Korea. Bob was active duty until March 1954 and promoted as Corporal. Upon returning from the Korean war, he again attended Central Missouri State College where his passion for photography led to his forever love, Betty, in the darkroom of photography class. Bob graduated with a Bachelor of Science in Business Administration degree in May 1956. Bob and Betty had a wonderful courtship and engagement which led to them being married for over 64 years. They married on May 29, 1957 in a small chapel near Holden Missouri. Bob and Betty had three sons: Brad born in 1959, Brian in 1961, and Brent in 1963.

Bob started his career as manager with W.T. Grant Co. before settling in the Kansas City, Missouri area, where he successfully opened the first Radio Shack store in Kansas City. He then was promoted to continually opening several Radio Shacks throughout all of Missouri as District Manager. With the introduction of the personal computer by Radio Shack, this led Bob to moving on with owning and operating Midwest Computer Associates, one of the first retail computer centers in Kansas City. He owned and operated this company with 2 partners from 1982 until he retired however those that knew Bob know that he never actually retired. He continued managing his own commercial and residential rental property. Bob thrived on working hard and loved to work. Not only did Bob work hard

but he had many talents that he has passed on to his sons and grandchildren.

In 1970, Bob started searching for the ideal forever home with land for his wife and three boys. Bob found a small home that was originally built in the 1800’s. This home was extremely small, with no carpet and in need of many repairs. Upon seeing this home, Betty knew right away this would be their forever home. With Bob’s talent and hardworking hands, they constructed this house into a beautiful home on five acres that has become a place of many well-loved memories for friends and family.

His greatest legacy was his devotion to his family. He was a loving and active father. Bob not only taught his sons the art of hard work, but also love, devotion, and dedication for family by leading by example. Bob always had a great sense of humor and enjoyed playing a star role in many grandkid home movies!

Bob had a deep passion for photography. Many who knew him always remember a camera in his hands. Bob tried to capture the moment in photos wherever and whenever he could. Long before digital camera phones, during a family get together, Bob would disappear in the basement and reappear with printed pictures to send home with everyone from the family gathering. Bob thoroughly enjoyed making countless trips to the Lake of the Ozarks, and traveling all over the world. Hawaii being his favorite place and revisiting over a handful of times.

A private memorial service will be held in honor of Bob Ripley in the Springtime. In lieu of flowers the family suggests contributions to the Leukemia and Lymphoma Society or Wounded Warrior Project.

I’m very sorry to hear that Bob has passed away.

I worked for Bob for several years in the 1970s and enjoyed the experience. He taught me a lot and helped me on to bigger things.

He was a great boss and a better person. He’ll be missed by those who knew him!

My sincere condolences to Betty and family on Bob’s passing and apologies for my lateness. I worked for Bob at his Radio Shack Store and later at Midwest Computers. I will always remember Bob as kind and hard working which I have kept trying to emulate during my life (75 now). Bob actually gave me my first job out of college. I’m proud to have known Bob. May he always be at peace!