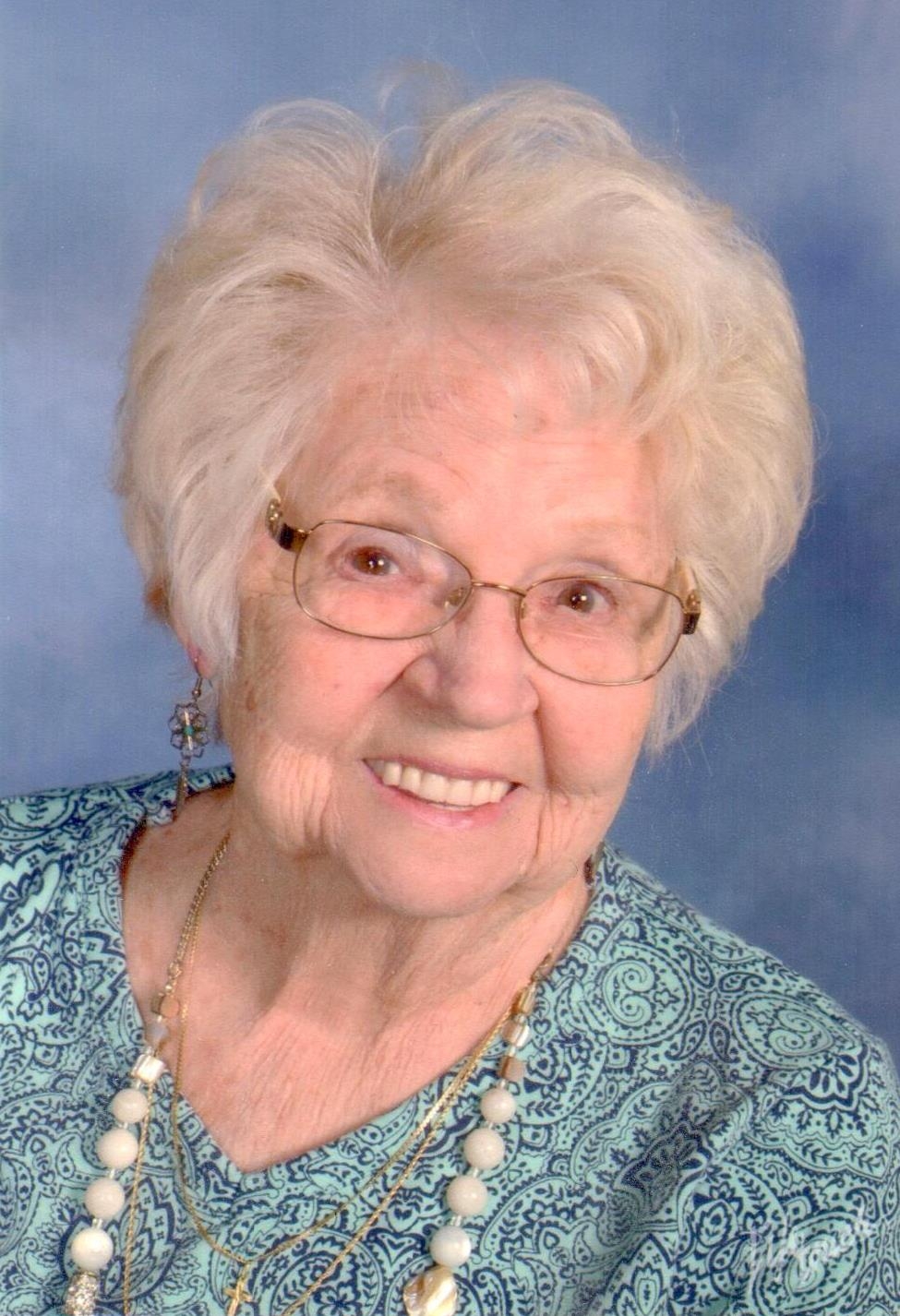 Please know that our thoughts are with you during this time. May the beautiful memories that you hold allow you to find peace and comfort in the days ahead.

To all her family,I am so sorry for the loss of such a beautiful and friendly lady. I met her at church in a bible study. She was always so happy with a smile on her face! I know that she is in a much better place. May she now Rest In Peace!

Thom and family,
I am so sad to hear of the passing of your Mother. I was blessed to meet her at Elaine’s home at a party in your honor a few years ago. She was a vibrant lady with a good sense of humor.
Your family’s tribute is so beautiful. You are all in my thoughts, Take care, Mary

To the McNamara Family: I was sorry to learn of Bert’s death. I remember her fondly from my years at O’Hara. She was one of those parents (along with Joe) who willingly jumped in to help when there was a need. I knew Bert was a talented seamstress, but I had no idea it was such an integral part of her life, a talent she shared with so many. Her legacy lives on in her many family members who also live the values she held.

My condolences to the entire Family of my dear Aunt Roberta. Her heart was sorrowed by the loss of Joe, John and Jay, but she continued on and maintained her role as the Matriarch of the McNamara family. I could always count on her positive encouragement, that beautiful smile and contagious laugh. You will be missed for sure. You were the last of the elders.

To all the McNamara Family,
I am remembering your Mom with a smile on her face, altering my wedding dress, giving me tips on what to expect from my future husband. As his Cub Scout Den Mother, she confided that she always ordered two kits for Ricky, because he was apt to keep “fixing” the first one until it broke. It was good advice! She was such a sweetie, and I know you will all miss her. Love, prayers, and hugs to all of you! Kathy Bock Scaletty

Our condolences to all of Aunt Bert’s family, her many years of words of positive encouragement, that beautiful smile and contagious laugh will forever be remembered. Although she had several heartbreaks of family members she always found something positive in life. She will be missed for sure. Love and prayers to all of the McNamara family.
Love,
Jack, Sue and family