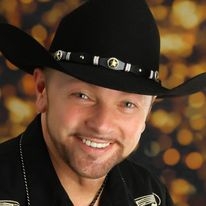 Ron was born February 7, 1963, in Chicago, IL, to Phyllis and Henry Labayen. He grew up in Paris, TN, and moved to Kansas City, MO, in 1989. Ron attended Henry County High School and Maple Woods Community College.

Ron was a member of Life Christian Center church in Lee’s Summit, Mo. Ron was also a member of the Country Gospel Music Association (CGMA) for many years. His enthusiasm for worshipping our Lord and Savior never dimmed.

Ron held many positions in transportation in the Kansas City area. He much preferred to work for himself and make use of his divine singing talent, ultimately settling into his true calling for entertaining people. With his amazing voice and silly sense of humor, he began ministering to the senior population in nursing homes, retirement facilities, and hospice care centers as Cowboy Ron Labayen. With his sweet Southern gentleman charm, love for making others smile, and a big heart for God’s “older children”, he was wildly adored by those he served. Ron brought joy to every visit with his corny jokes, hugs, prayers, and genuine love.

Ron’s passion for singing, songwriting, and entertaining was nearly as deep and wide as the passion and pride he carried for his family. Ron married his soulmate and sweetheart, Deanne, on April 29, 2001, and raised three sons with unparalleled, unconditional love and devotion. Just when he was certain his heart could not get fuller, he became “Papa” and spent the rest of his life wrapped around his little Angel’s finger.

Ron was an incredibly unique and special person. His drive and determination led him to accomplish anything he set his mind to, whether it be building something with his hands, solving complex problems, fixing something mechanical, or just being a good husband, father, Papa, and friend. Ron will be missed tremendously by everyone who knew and loved him.

We want to let Deanne and the Labayen family know that are hearts were broken to hear of the passing of Ron. We, along with the family of Life Christian Center, want you to know how much you are loved and missed and that we hold you up before the Lord in our prayers. Although are hearts are broken and Ron will be missed we also know that he is in a much better place and we will see him again. May the Lord comfort you all, Be blessed!

Deanne and family, we extend our sympathy and prayers for courage as you face the days ahead. We enjoyed Ron’s singing voice. God loves you.