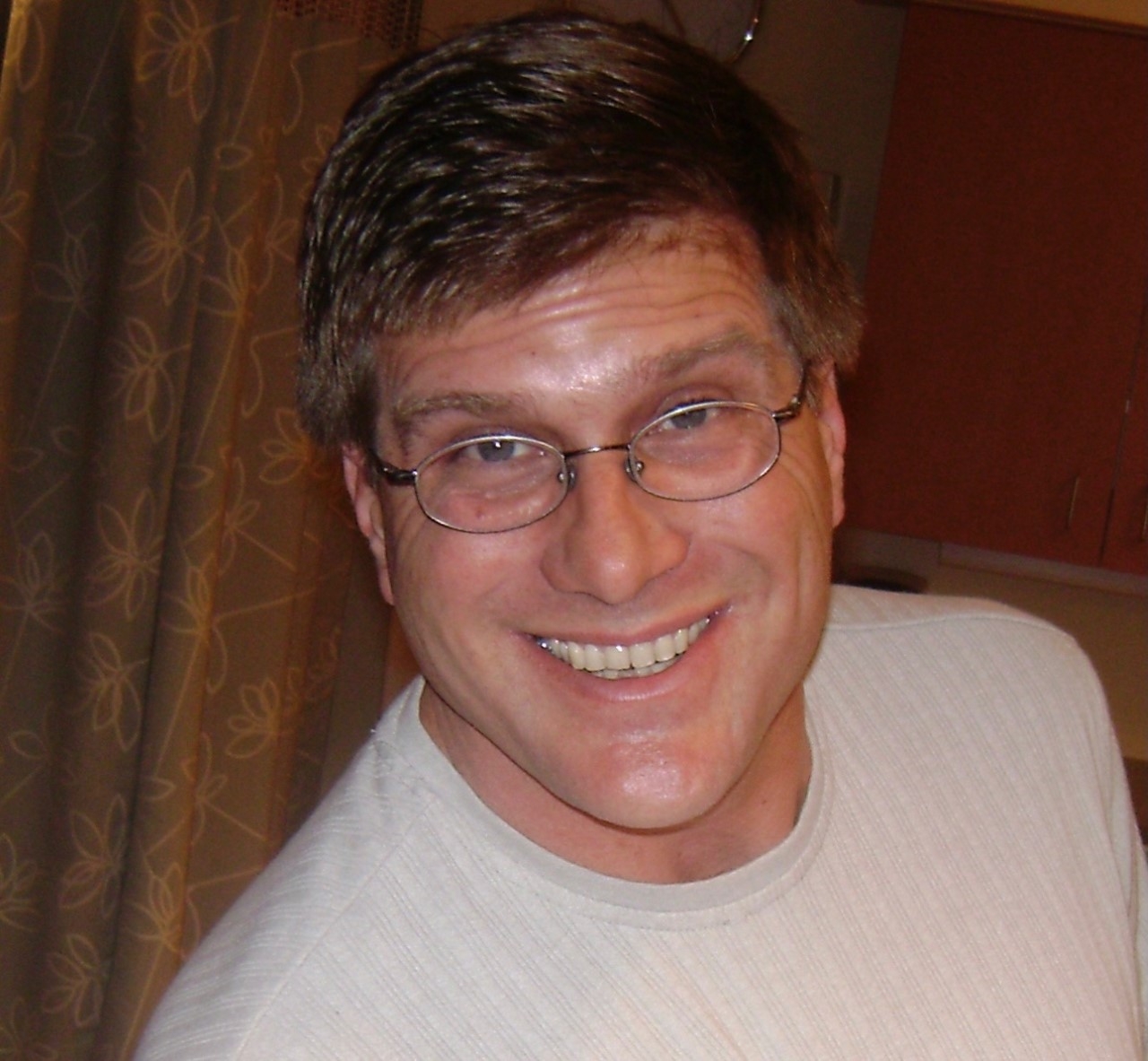 He was most passionate about spending time with his family. His interests included grilling, smoking meats, and preparing gourmet meals. Ron loved introducing friends and family to the joys of lake life including tubing, knee-boarding, jet skiing and camping. He was a second-degree black belt in karate. He was an avid fisherman always hoping to catch “the big one”. Ron had a love for classic cars and by his skillful hands he fully restored a 1979 Corvette. He was a masterful skilled contractor operating his own successful remodeling business, but most recently worked for Myers Brothers of Kansas City. His strive for perfection in his craftmanship was demonstrated in his quality of work. Because of his honesty and integrity his clients became friends. Ron was a generous man who selflessly gave his time and skills to assist anyone in need. Ron was a good man, faithful friend, and true hero. He treasured spending time with his beloved granddaughters. What we will miss most is his caring presence, bear hugs, smile and laughter.

Ron is preceded in death by his parents, Donald and Mildred Ferguson. He is survived by his wife, Debbie, his four sons; Donnie (Jenny) of Lenexa, KS; Tyler of Overland Park, KS; Michael of Raytown, MO; Zach of Lee’s Summit, MO; his brother, Mark Ferguson of Kansas City, MO; his sister, Debra O’Hearn (Brian) of Sacramento, CA; his two beloved grandchildren Madeline and Natalie, nieces, nephew, and cousins.

In lieu of flowers, the family suggests donations to a favorite charity, or the KU Endowment Foundation via kuendowment.org.

So sorry for your loss Debbie. It’s been a long hard road for you and your family. Wishing you peace during this sad time and many beautiful memories. Condolences to your mom and dad also.

We are so sorry for the loss of Ron. He was a very sweet man that always had a smile on his face and very good friend. May God comfort you in this difficult time .

To all the people that knew and loved Ronnie, he will be greatly missed. I’ve known him as long as I’ve known you Deb, and that’s over 45 plus years. He was a steadfast, true, good man for all these years. May all your wonderful memories of him comfort you in the days ahead. Love you!

Ron a great friend a great man so gentle so enjoyed by all he met …will be greatly missed by us all !!! Ron’s great memories will keep him among us in our hearts ! Thankful no more pain and suffering in Heaven ! God’s blessings to his loving family

Ron was a very special friend to me in the 90’s. Never will forget his sweet soul & big heart in caring for others. He will be missed & never forgotten. Pray God received in heaven with open arms and tell well done my faithful servant. Welcome home. 🕊✝️

I really enjoyed knowing and working with Ron. His great attitude and outlook on life were contagious. We will miss him dearly. Thoughts and prayers for his family.

My heart goes out to all of Ron’s family. Ron was a sweet and kind man, and he fought so hard these past 2 years. Debbie, you took such unbelievable care of him and loved him so much and so well. All of my love to you and your family. “Let perpetual light shine upon him”.

Sorry for your families loss. Wishing you Peace, and sending our prayers during this sad time. Remember all those beautiful times you all had and those memories.

From the Men and Women of the Riverside Fire Department.

Donnie, we are so sorry to hear about the loss of your Father. It is so hard to lose a parent. Virtual hugs and prayers for you and the family. We will be thinking of you. Love you, Jose and Dianna Yanes.

Debbie and family,
We are so sorry for your loss. You are in our thoughts and prayers during this difficult time.
Love, Jenny and Don

Debbie and family I am very sorry for your loss. I first met Ron while working at Cityside, from there are friendship grew and we began doing side work with each other. From that experience I learned how great Ron truly was as a carpenter but moreover a person. His work was 2nd to none and he had more patience with me then I deserved. We then began working together at Myers Brothers and spent a lot of time together daily and on a few trips we took. I was always in great company and I will very much treasure those memories along with our fishing trips, as those were a blast. I will never forget you Ron.