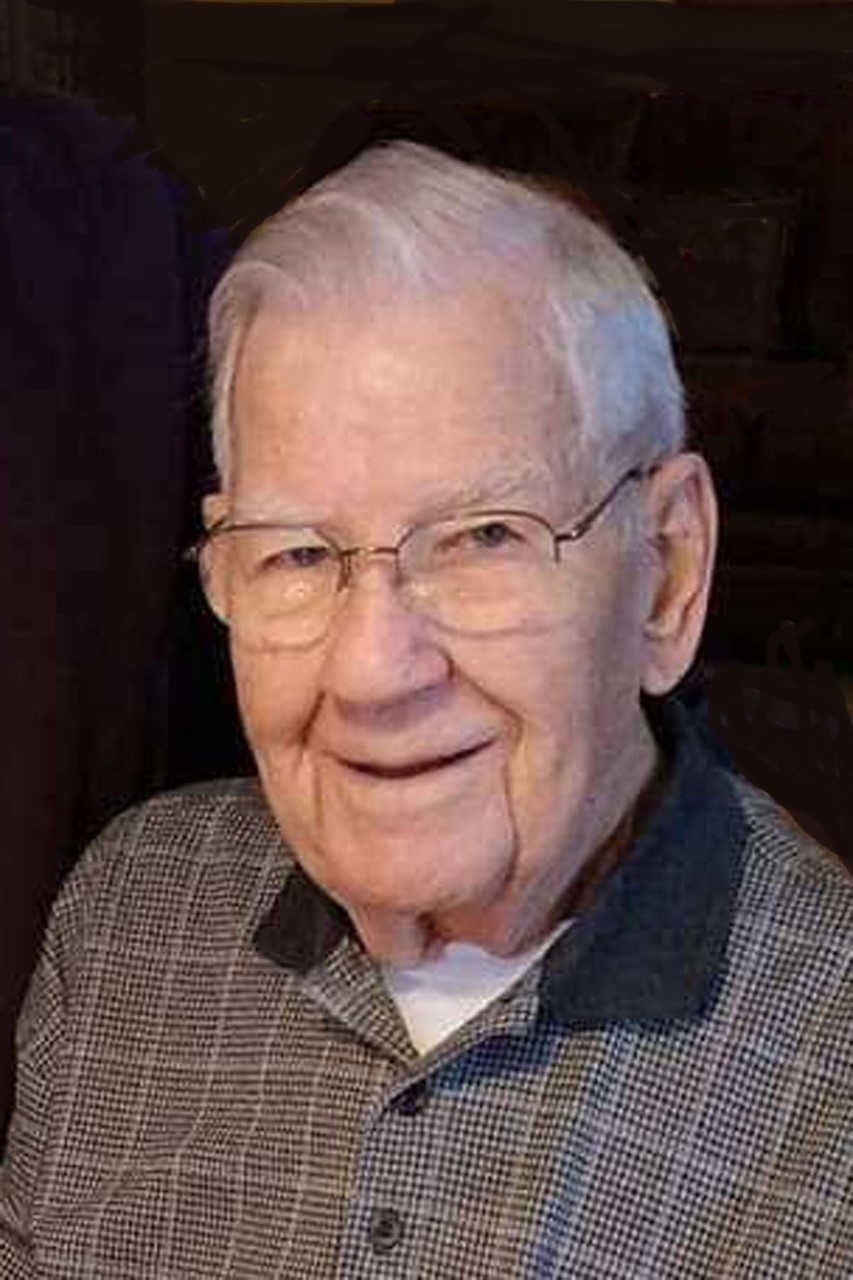 Russell Rothwell Wirt of Lee’s Summit, Missouri, passed away March 10, 2020, at the age of 95. He was born in Kansas City, MO, January 17, 1925, the second child and only son of R. Russell Wirt and Leora Myrtle Dunsworth Wirt.

Russ, always called “Bud” by his family and childhood friends, served his country during World War II. Following the war, he married Martha Jean Nigh on May 2, 1947. Together they raised two daughters, and their family grew to include three grandchildren and ten great-grandchildren.

A plumber by trade, Russ was the proverbial “Jack of all trades” and loved the challenge of finding solutions to everyday problems. He was also an avid fan of the Kansas City Chiefs, the Royals and KU basketball. Russ treasured his family and friends, and never met a stranger.

Private family burial will be at Floral Hills East Cemetery. Due to the current coronavirus pandemic, a memorial service will be held on a date to be announced later. In lieu of flowers, the family suggests that Russ’s generous spirit be honored by donations to worthy causes of personal choice. Condolences may be left on the website of Langsford Funeral Home, www.langsfordfuneralhome.com.

My condolences to the family. I only knew him through his daughter Lana, but her stories about him showed me what a wonderful man he was.

Lana, what a beautiful life your father had. I am glad he lived long enough to see the Chiefs win the super bowl.

I was so saddened to hear about Mr. Wirts passing. He was in my Legacy Community group at church and a dear sweet man. We all miss him and Mrs Lillian. They were always such a delight. My prayers for you all.

We are so very sorry of the passing of Russ. Loved Russ and Jean. They were a wonderful couple. Russ had a gear sense of humor. Russ was a perfect gentleman. He loved his family and loved to talk about them. Russ will be missed.

So sorry for your loss we will be praying for you knowing he is with Jesus is so much comfort for you all stay close to Jesus he will carry you on the dark days . Trust him to walk with you again soon.

Russ was a special friend, he will be missed. Loved his sense of humor.
He missed the love of his life, Ms Jean and spoke of her often.
Every time we got together we talked about farming. You would think we were big time farmers, in reality we owned a little land and didn’t farm at all just put it in CRP.
As with any friends passing I wish I had spent more time with him.

So sorry to lose your sweet dad. He never met a stranger and made your friends his newest friend. Such a precious soul. The Lord was so pleased to welcome him home with a special place prepared. Imagine the joy of reuniting with his precious wife. Rest In Peace dear friend until we meet again

What a blessing it has been to have a wonderful Christian man to lead your family. I know all of you will miss your father and grandfather. Don and I will be praying for you to feel the strength and love from your Heavenly Father.

What a blessing to have so many cherished years with Bud. When he heard ” good and faithful servant”, Bud knew he was home at last. May our Lord give your precious family peace.

Dear Family,
I was so shocked and sorry to hear of Russ passing. I loved the twinkle in his eye and the little crooked smile. He was so kind and gentle. I got to see him briefly in class at church just the week before he fell. I’m thankful to have known him.

My condolences on the lost of your beautiful family member. As you know, Mr. Wirt was one of a kind. He was a true gentle man. He will be missed everyday. Russell Wirt, I look forward to seeing you again in Heaven. Until then, bless the entire family, Gwen Pierce from Abundant Life.

I didn’t know Russ well but I did speak to him in Sunday School each week and discovered he was a dear sweet man always in good humor. He will be missed by all his class members. May he rest in peace with our All Might God in Heaven!!! To the family, his church family are keeping you all in our prayers..

Keeping u n ur family in my prayers.

Russell was our friend and neighbor for many years. He was such a sweet man and loved telling stories and chatting with me and my family. We visited him often in his home along with his beloved wife Jean. He was so sweet to my children and we often talk of him even after we moved away. He is missed, God bless you Russell.

To the family of Russell Wirt:
I will always remember Russell as a very nice gentleman, and I will miss his witty comments and friendly hug on Sundays. Sending sincere sympathy

What a nice tribute to your Dad. We know you were very close to him. We are certainly thinking of you and Bob and hoping that sometime soon we can spend a little time together. Buddy and Mary Jane.

We are so sorry to learn of Russell’s death. I will always remember him laughing and joking with my father and Harve at Christmas gatherings. He was such a loved member of our family, and I always enjoyed his humor and friendliness. I know he will be missed by all who knew and loved him. My prayers are with his family at this sad time.