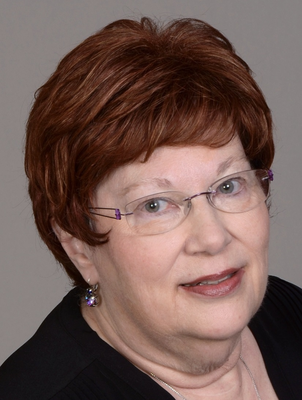 Sandy was born November 27, 1948 in Fremont, Nebraska to Edith Gustafson Hanson and Lyle L. Hanson. She graduated in 1967 from Mead Public High School. Following graduation she attended and graduated from Midland Lutheran College, (Fremont, NE) and from Immanuel Hospital School of Nursing, Omaha, Nebraska. She married Paul G. Bookmeyer on August 8, 1970 at Alma Lutheran Church in Mead, Nebraska. Sandy worked as a Registered Nurse for several years at Immanuel Hospital before becoming a stay at home mother for their two sons.

Sandy was active in P.T.A. (Parent Teacher Association) at the local and state levels, with her Immanuel Nursing Alumni Association Board and served on various committees at several Lutheran churches in Omaha and Fremont, Nebraska. She was pleased to serve as part of a resettlement committee for a Laotian family at Shepherd of the Hills Lutheran church and also volunteered with local and statewide P.R.I.D.E. organizations.

In 1999, Sandy graduated from Western Illinois University with her Masters in Counseling degree. Following graduation, she worked as a therapist at the Gannon Center in Clinton, Iowa, before moving to Lee’s Summit, Missouri with her family. After establishing licensure in Missouri, she began her own private therapy practice. Sandy was passionate about helping her client’s problem solve and realize their best lives. She focused on treating adults with traumas, both large and small, using EMDR and Sensorimotor Psychotherapies. Sandy was also instrumental in promoting and facilitating numerous clinical trauma trainings in the Kansas City area, thus helping to educate many other therapists in the treatment of trauma.

Sandy and her husband, Paul G. Bookmeyer, have two sons, Eric Bookmeyer and Marc Bookmeyer. As the children grew, the family enjoyed traveling to Custer State Park in South Dakota, Montana, Arizona, Michigan and Florida. During their retirement. Sandy and Paul enjoyed traveling to visit family in Sweden and in Germany, as well as various trips to Iceland, Arizona, California, Washington, New York, and Florida. Sandy loved spending time with her family and cherished precious moments with them. In addition, she treasured her many friendships – -her aunts and uncles, her cousins, her Immanuel Nursing classmates, and her EMDR, Sensorimotor and the Martin Luther Lutheran church communities.

Sandy was a life-long faithful Lutheran and current member of Martin Luther Lutheran Church in Lee’s Summit, MO. She believed fervently in “living her faith” and sharing her love and compassion with others in her work and in her family life. She also believed firmly in the importance of “standing up” for what is right and just, even when it is uncomfortable to do so. And she believed in the “power of one person” to effect change in our world! Besides her loving family, her legacy of choice would be to promote healing of trauma and to stand up for social justice issues.

She is preceded in death by her parents, Edith (Gustafson) Hanson and Lyle Hanson.

Visitation will be held from 10:00 – 11:00 AM on Friday, July 6, 2018 at Martin Luther Lutheran Church in Lee’s Summit, Missouri. A memorial service will follow at 11:00 AM with a reception at the church after. Inurnment will be at a later date in Hooper, Nebraska.

Dear Paul and Family, My thoughts and prayers are with all of you at this difficult time. I was saddened to hear of Sandy’s death and have been recalling my many interactions with her. The first time we met was during a psychodrama weekend intensive course at Avila University. I came to know her more through various EMDR events where she was instrumental in making those events successful. During our last encounter at the Havening training 3+ weeks ago, she shared her hopes for the future. It was a privilege to know Sandy. May she be eternally happy with our God in heaven and may each of you find peace in your memories of her. Love & prayers, Susan Wulff

I am so sad about Sandy’s premature passing. She was an amazing, generous and loving person that I am so glad I got to know over the years. We shared many laughs and profound moments both in and outside of trainings. I will miss her so much.

I was so sorry to hear of Sandy’s death. I knew her through our various trainings and always appreciated her hard work. I know how committed she was to her trauma work and her family. It’s hard to imagine a therapist gathering without Sandy being present. I’ll miss her.

I’m so saddened by Sandy’s unexpected passing. She was a gifted therapist and a treasured friend. Wishing her family comfort and strength in the days ahead. Her bright smile, kindness, passions for healing and for social justice embodied her gift of loving presence in the world. We miss you so much Sandy. Wishing you rest and peace.

All of us at the Sensorimotor Psychotherapy Institute, and especially those of us who have worked closely with Sandy over the years, are shocked and deeply saddened to learn of Sandy’s passing. We have known and worked with Sandy for over 10 years, since 2008 when she first brought SP to Kansas City. She worked hard to establish and nurture the KCMO area and the Sensorimotor Psychotherapy community, and we will miss her commitment and diligence, and most of all her warm personality and friendship to SPI. Her dedication to helping others, directly through her counseling practice and indirectly through involvement with training programs to the KC area was unyielding, benefited many, and will continue to be greatly appreciated. Always an advocate, Sandy will be sorely missed as our organizer, friend, colleague, and most of all as the loyal and caring person that she was. To honor Sandy’s passion for rescue and bassets, we will be making a donation to Daphneyland Basset Rescue in Apton, California in her name. For those who are able to attend her service or memorial, know that Rochelle and all of us at SPI who knew Sandy will be there with you all in heart and in spirit. Sending love and heartfelt condolences, Sandy’s SPI family

Sincere condolences for a wonderful organizer of SPI in Kansas City♥️♥️

Paul, My thoughts are with you and your family. Sandy was a very special person to me and I felt we grew together both inside and outside trainings. I will hold my memory of her in my heart.