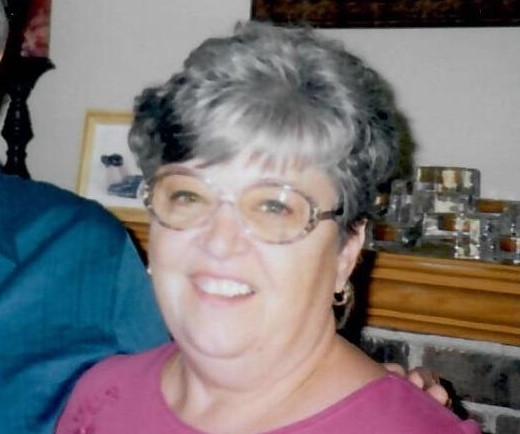 Sharon Kay Franklin was born February 12, 1949 in Columbia, Missouri to Marvin L. Painter and Mary Katherine (Kay) Wisner. She peacefully passed away December 8, 2022 in Independence, Missouri with her daughter by her side.

Sharon grew up in Columbia, MO and graduated from Hickman High School in 1967. After graduating, she moved to Kansas City, MO and started her career at Hallmark Cards. In 1971 she married Bruce Franklin and they had one daughter Brandi, who she thought the world of. They later got divorced, but worked together with parenting for the best interest of Brandi. She continued her career in a few different departments at Hallmark Cards until she retired in 2001. Shortly after she retired, she became a grandma which was one of her favorite things in life. She loved her grandkids. She started babysitting a few kids, two of which, Bailey and Ava she truly adored. They were like grandkids to her. She babysat until she was no longer able to. She loved to read, little kids, shopping, going out to eat, camping and going on trips.

She was proceeded in death by her parents Marvin and Marilyn Painter; Kay Wisner and Bill Francis and Dean Wisner, also two sisters, Karen Calvert and Dian Painter. She is survived by her daughter Brandi (Bob) Wickman, two grandsons, Rob and Ryan, a brother, Dennis Painter, and two sisters, Shirley Campbell and Terry (Rick) Ball, and several nieces and nephews.

In lieu of flowers, donations can be made to the ALS Association Mid-America Chapter.

You were a wonderful friend and colleague. I will miss your stories and laughter. Fun times we had, will forever be remembered.
May you rest now in God’s arms.

Sharon. Thank you for a long long friendship.We had some good times with lots of laughs. Sadly,life got in the way and we didn’t see each other often.Lovr you dear friend….