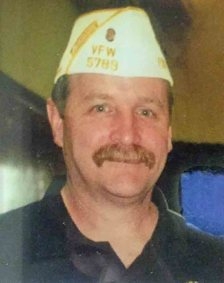 He returned to the US after his service and moved to Kansas City where he worked for the United States Postal Service for over 50 years until the time of his passing. He enjoyed being outdoors, fishing, and gardening but also took pride in his work and family.

He was preceded in death by his mother Wilma Walker, father Vincent Walker, and brother John Walker.

I posted this on Facebook when I learned of Steve’s death. A friend thought I should post here for his family to see. The Post Office won’t be the same without him.

I debated about this post. I learned today that one of my favorites at the post office died in his sleep. I am there every day so they are all my friends. He was a Vietnam veteran. Our post office is plastered with pictures of a number of vets. It’s started for veterans day and they just stopped taking them down. His pic is right by his station. I can’t tell you how much I loved it when I got served by him. Phoenix (my grandson) loved him. He had been on leave to care for his sick wife so I hadn’t seen him in a while. I will miss him and always think of him when I go in. Rest peacefully my friend Steve. You left this little piece of overland Park so much better because of your service.