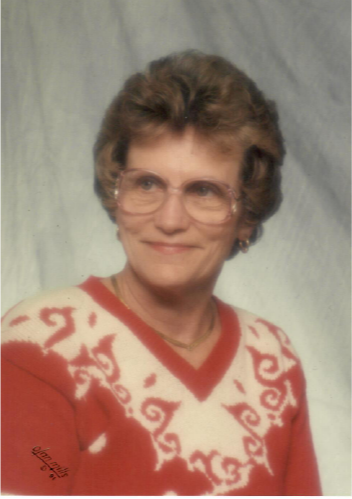 Sylvia Ann McCoy, age 86, passed away peacefully on Friday, February 12, 2021 at her home in Lee’s Summit, Missouri. She was born January 8, 1935 to Henry W. and Alpha G. Shore in Warrensburg, Missouri, at their home in the middle of a snow storm. She was the middle child of her 4 siblings, two sisters and two brothers. While working hard on academics her junior and senior year of high school, she also completed an apprenticeship at a salon in Warrensburg owned by Margaret Kimsey. Sylvia passed her State board in April of 1953, received her cosmetology license and graduated from high school in May of 1953.

In the early 50’s Elizabeth Stoneking was a client of the beauty salon where Sylvia started her career. Elizabeth introduced Sylvia to her grandson, Marion Shaw. Marion and Sylvia married on June 26, 1953. In 1960 the family moved to Lee’s Summit, Missouri where they planted a new home for their 3 daughters. Shortly after moving to Lee’s Summit, Sylvia waitressed at Cozy Corner Café (Neighbors Cafe) for a few months until she joined Lee’s Summit Beauty Shop.

Sylvia made her next advancement in 1963 at Glamorette Shop and worked for Veda Russell. Sylvia had no idea she would meet a best friend for life working for Veda; her three daughters always called Veda “our other mother.” In 1967 she opened her own beauty salon in the family’s home not far from downtown Lee’s Summit, Sylvia’s Beauty Shop. On May 30, 2003 Sylvia was on the front page of the Lee’s Summit Journal as she moved to partial retirement. The shop and her incredible leadership was recognized as a successful 40-year small business. She spent majority of her career in the beauty shop she worked hard to build. In 2014, Sylvia sold her home and moved to the Lion’s Den; until moving to her final salon Be Inspired, LLC where she finished her 60 plus year career on September 29, 2020.

In the early 70’s Sylvia had a blind date where she met Don McCoy. They married in August of 1975. Don was a good husband and incredible step father to Sylvia’s three daughters.

Sylvia was a woman who loved her family unconditionally. She was a very caring and a generous woman who always put her family first. Family time was important to Sylvia, she went above and beyond for birthdays and holidays, having a big family gathering full of excellent food and card games. She passed the family dinners down to her granddaughters once she moved to Lee Haven. You would always find her walking around downtown Lee’s Summit with her youngest daughter. She would look for change on her walks to stop at Dairy Queen to get a cherry Pepsi, her favorite drink.

I am so sorry for your loss. I know your mom’s life was blessed with daughters who cared for her and family who loved her. I know she will be greatly missed. I will keep all of you in my prayers.

So sorry for your loss. The closeness of your family has been so inspiring to watch over the years. You all have been so blessed. Love you so much! Jeanie

Donna & family our thoughts and prayers are with you. Your mom will be remembered for always having a smile on her face whenever we crossed paths. Love you all.
Kelly & Sid

“Shaw” girls and their families, I send to you my deepest sympathies on the loss of your Mother. She was truly a gentle lady, but one who could hold her own in a good argument! She was always cheerful and greeted everyone with a smile when you met her at the shop or out and about town. I’ll remember her for all the times we went to Stroud’s, to brunch in Belton or any other of our favorite eating establishments where we shared fellowship and friendship! I will miss her deeply and will add her to my list of guardian angels.