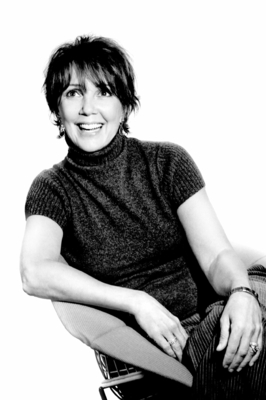 Teri Rogers, 67, of Fairway, Kan., left us all much too soon on April 18, 2018. A Celebration of Life will be held from 5 p.m. – 10 p.m., Friday, April 27, in her Crossroads community at Hint, 1906 Wyandotte St., Kansas City, Mo. https://terirogers.splashthat.com. The family will celebrate a Private Mass and Inurnment. To those that knew her, it’s no surprise that she was born under the sign of Aries on April 3, 1951, in Wichita, Kan. True to the stars, she filled the world with passionate insight, visionary leadership and magical inspiration. Her parents, Fannie (Clark) Rogers and Donald Dee Rogers, fostered in her a confident, gracious manner she readily shared. Graduating in 1969 from Southeast High School in Wichita, she studied at the University of Kansas’ William Allen White School of Journalism, graduating in 1973. An innovative entrepreneur and vibrant leader in the Kansas City advertising community, Teri started Hint (Take 2 Productions/T2) in 1990. Featured as one of the Kansas City Business Journal’s “50 Most Influential Women in Kansas City,” and a member of the inaugural class of “Women Who Mean Business,” honored as the “Small Business Person of the Year,” by the Small Business Administration and awarded “Ad Professional of the Year,” by the American Advertising Federation (AAF), her influence extended beyond the creative to regional economic growth and remarkable citywide leadership. As a valued mentor, she shaped the careers of hundreds of artistic, talented professionals. Recognized by the Downtown Council of Kansas City (DTC) as an Urban Hero, she served on numerous boards including the Film Commission of Greater Kansas City, Crossroads Community Association, ArtsKC, KC Streetcar Authority and the AAF – Kansas City. Teri married her soul mate, Martin Mini, on January 1, 1997, in Kansas City, Mo., with the enthusiastic support of her children, Marissa Rogers Devins (Matt Rice) of Los Angeles, Calif., and Richard Sloss (Mary Noulles Sloss) of Fairway, Kan. Teri was proceeded in death by her parents and infant brother, Mark Dee Rogers. She is survived by her siblings and their spouses; Donald Anthony Rogers and Antonia Therese Rogers nee Salvatore of Matlacha, Fla., Mary Christine (Chris) Rogers Bonney and David Bonney of Granbury, Texas, and Richard Lee Rogers and Michelle McGraw Rogers of Frederick, Mass. Teri’s legacy lives on through her children, Marissa and Richard, and cherished grandchildren for whom she was their “Mimi;” Thomas (Tommy) Rice, James (Jimmy) Rice, Willa Cate Rice and Ricky Sloss. Mimi is now truly dancing with the stars. In memory of her loving and generous nature, memorial contributions may made to The Teri Rogers Fund at ArtsKC, 106 Southwest Blvd., Kansas City, MO 64108, www.artskc.org or Wayside Waifs at 3901 Martha Truman Rd, Kansas City, MO 64137, www.waysidewaifs.org

Teri may you rest in peace. I was always in awe of how amazing you were. You were one of those people that made a difference to those around you and to our entire community. You will be sorely missed. I recall fondly the incredible Halloween parties you threw across the street from my Firehouse. They were the best! No one worked harder than you. After selling your business last year & then your Crossroads building recently, I can think of no other person who deserved to retire and enjoy the fruits of her labor. It’s a terrible shame that was stolen from you. My heart goes out to you & Martin. My heart goes out to Kansas City. We loved you Teri and will never forget you. Nick

I’m glad there is no more suffering for Teri, but the sadness for those left is so great. I will miss her so much and my heart breaks for Martin, her children, grandchildren, family and friends.

I am so very fortunate to have known Teri and call her friend. She filled a room with her intelligence, grace, and inspiration. She was incredibly creative and practical all at the same time. What a wonderful gift God gave all of us with Teri. My heart goes out to beautiful Marissa, dear Richard, and sweet Martin. You are all very, very loved. Know that we are sending our prayers. Love, John and Barbara McFadden

My heart is broken at the loss of Teri. She was a wonderful caring person who would do anything for you. Our thoughts and prayers go out to Martin, Richard, and Marissa. Love Brad & Stuart

I’m trying to wrap my head around not having Teri in my life. She took a chance on me when I was young and trying to break into the video production business. She was my friend, my mentor, my cheerleader. She was amazing. I will miss our conversations over a glass of wine where she would often give me advice on balancing work and family. She always loved showing me photos of her beloved grandchildren and telling me stories of her time with them. She was loved by many but there’s nobody she loved more than her family. My heart aches for all of you. She loved you so.

I will always have fond memories of Teri. She was always so quick with a smile and truly interested in what YOU were doing. Teri was a positive force in my life and I know we will all miss her very much. Teri we will all be leaning on the strength you have created in each of us. Be at Peace. Love you much, my friend. BT

Marissa, I’m so sorry to hear about the passing of your beloved mother. She will be greatly missed by the KC community. May her legacy live on through those that loved her most. My sincerest condolences to you and your family during this difficult time. Sending prayers and hugs your way:)