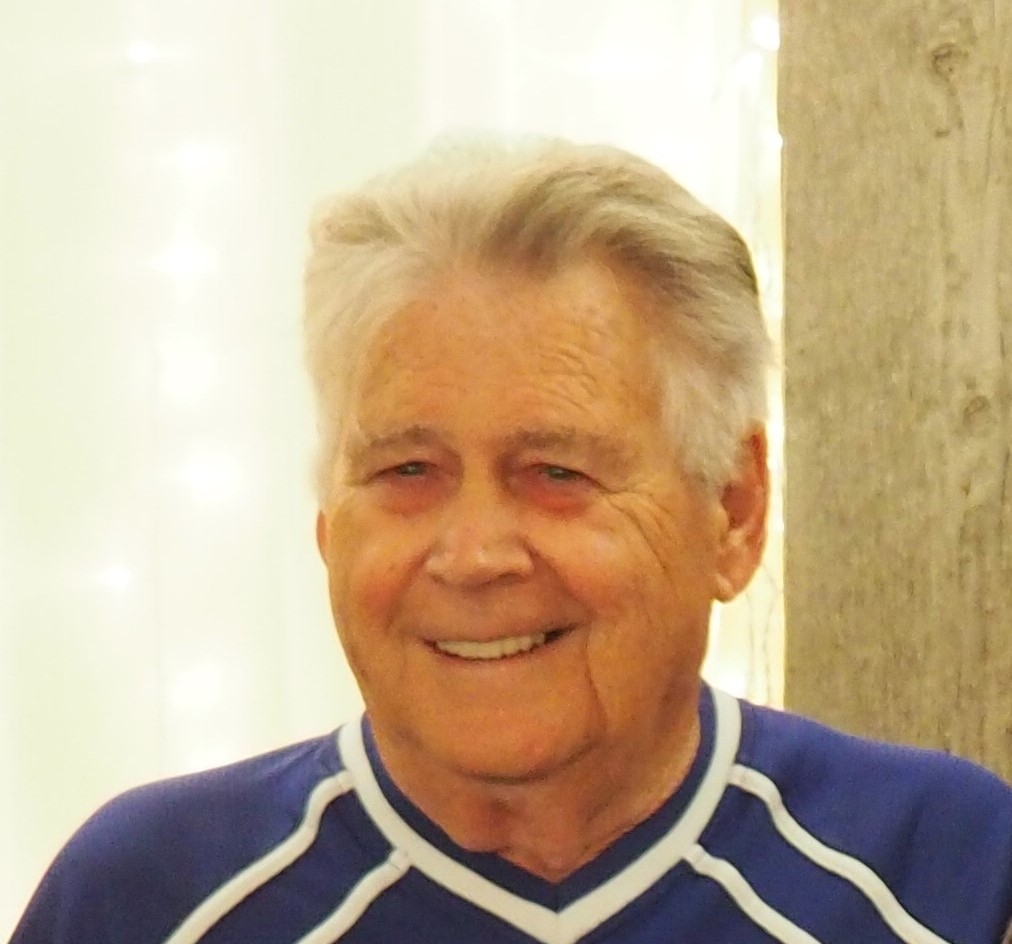 Tom was a dedicated Husband, Father, Grandfather, Friend and Christian Man. Born in Huntingburg, Indiana to Sue and Louis Maslanka. The family relocated to Tulsa, Oklahoma and Tom attended and graduated from Subiaco Abbey in Subiaco, Arkansas. Returning to Tulsa he met, and married Mary Eunice Cook. Working for Lawrence Warehouse Systems as a Collateral Asset Manager, he had the opportunity to move his family to the Kansas City area. They chose Lee’s Summit, Mo in 1965 to raise their 3 children.

Tom enjoyed a variety of sports and was an avid fan of the The University of Oklahoma football team and The Kansas City Royals. He was involved with Our Lady of the Presentation Church and his childrens’ sporting events, acting as a coach, or help with timing a track meet, always encouraging them to give 100%.

After the death of his wife, he married Mary Jane Phillips and began enjoying the “Lake life”. He enjoyed golfing, traveling to Mexico, and the One Arm bandits at the boats here in the Kansas City area. At Lake Winnebago he was surrounded by many friends, spending time at the Yacht Club playing cards and being a part of the many lake activities.

His Grandchildren will always remember him teaching them manners before they knew what they were. He made a deal with them, if he caught them saying “Yea”, before correcting it to “Yes” they owed him a dime. If they caught him he owed them a nickel.

His keen sense of humor and practical jokes will be missed by all.

A Rosary is scheduled for 5:00 PM on Wednesday, January 23, 2019 at Langsford Funeral Home in Lee’s Summit, Missouri. Visitation will follow till 8:00 PM. A Mass of Christian Burial will be 10:00 AM on Thursday, January 24, 2019 at Our Lady Of Presentation Catholic Church in Lee’s Summit. Entombment will follow at Mt. Olivet Cemetery in Raytown, Missouri. Memorials are suggested to Knights Of Columbus Council 6819.

Mary Jane,
Was saddened to read of Tom’s passing. His great smile will be missing from this world. Praying that you find peace each day in the memories of the years of joy you spent together. Uplifting you and your family in thought and prayers. Jan Rowland

We will surely miss Tom as our neighbor and friend. Mary Jane if there’s anything we can do for you or your family let us know.

I’m so sorry for your loss. Tom was a gentle man and will be missed by all his family friends and everyone that was lucky enough to meet and know him. My sincere condolences!

Tom was a grade ahead of me in high school at Subiaco. His personality and friendliness led me to respect him a lot. My condolences to his family and friends on his passing. He will be waiting for you with his love and his humor.

I am so sorry for your loss. Your Dad and I go back a long way. I remember playing softball with him, working Knights of Columbus Vegas nights, and having a drink or two along the way.

What a great spirit he had. Always a smile, a laugh – just an all around good man and friend. He will be missed.

We will miss him, with his funny sense of humor and his sweet ways. Tom is surely with the Lord.

Friendly, funny, outgoing and giving are just a few words to describe Tom.
Dave and I are pround to be able to call Tom “our friend.”

So sorry to hear that. Despite the fact I have never met Thomas, it still feels like it is my distant family, on a different continent.
Believe me or not, but my thoughts are with whole Maslanka’s family no matter where they are.

So sorry to hear of Tom’s passing, time passes so quickly, seems like yesterday we were all at Grandpa and Grandma Cook’s home for the holidays. Everyone in the Cook/Maslanka family took me in not as an in-law but family. I will always remember Tom for his wonderful sense of humor. Praying for peace for you all. — Shirley (Cossey) Spangler