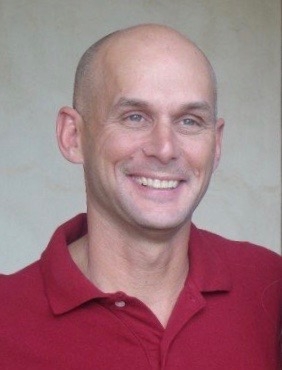 Tim was a loving husband, father, grandfather, brother, son, mentor, and friend to many. He enjoyed 37 years of marriage to his wife, Susan. Tim was raised in Liberty, MO, but moved to Lee’s Summit as he and Susan started a family. Tim and a friend established their own business, Kansas City Autosport, in 1989 where he formed countless friendships with both customers and colleagues. He lead an explosive and adventurous life filled with passion and was admired and respected by all whom had the privilege of sharing time with him. Tim was extremely creative, talented, and could fix anything. His passions included building cars and motorcycles, sailing, flying his paramotor, and working on his home with his family. However, the deep and unconditional love for his family was unmatched, as he truly put them first. He will be deeply missed and leaves us with an emptiness that can never be filled. A “Barn Party” celebration will be held at his home in Lee’s Summit, MO on Saturday, September 21, 2019 at 3:00 PM. All are welcome and encouraged to come and celebrate Tim’s wonderful life. In lieu of flowers, the McCracken family encourages a donation to St. Jude’s Children’s Research Hospital in Tim’s honor.

My thoughts and prayers are with the entire McCracken family. Many great memories with Tim and the rest of the family.

Susan and family. I am so sorry for the loss of Tim. I know you are comforted by the knowledge that he is no longer in pain. My thoughts and prayers are with you.

My heart goes out to all that enjoyed Tim. I have not seen Tim in many years, but did enjoy hearing all that he had done and was doing. Enjoyed seeing him on that Kansas City commercial!

My heart full of love goes out to the McCracken family. I have so many wonderful memories sailing with them even when Tim took me out on the Dolphin and forgot to yell come about. Knocked me in the mouth and right into the water.
We have another angel in heaven to watch over all of us.
Love to all of you,
Barb (Cooper) Yezierski

I am so saddened to hear of Tim’s death. I grew up with Tim in Liberty MO. I remember we had drawing in high school together. He was so witty and lively and made the whole class and the teacher laugh. He was a kind and nice guy to everyone. May the family be comforted by your memories and have God’s peace at difficult time

I am so saddened to hear of Tim’s passing. I grew up with him in Liberty MO and have fond memories of school days with Tim. We had a drawing class in high school together. I just remember him being so witty and lively as he made the teacher and the whole class laugh alot. I pray for peace and comfort your family as you face the days ahead. Rest in peace Tim.

Our deepest condolences go out to all the McCracken family. Our thoughts and prayers are with you all. Steve, John, Amanda and Alec.

❤️ to the entire family

Russ and I are so sorry for your loss! Sending our love!

Tim, true friend!!! We will never forget how you made us feel like family. You & Susan created an amazing family with so much love it’s hard to put into words. We will miss you greatly. We love you to heaven & back!!! Our prayers are with the whole family. Love you Tim

I’m so sorry to hear about your brother, Patrick.
He sounds like a wonderful brother and he will be missed by his family and friends. Hugs and Prayers for all.

So sorry to hear of your loss. Prayers for your brother and all of his family and friends.

We are sorry about the loss of Tim. The obituary is very touching. Frank & Mary Williams – Ava, MO

I’m so sorry to hear of Tim’s passing. My heartfelt sympathy to all of you.

We extend our deepest condolences at this very hard time for the entire McCracken family! ??????????

Sending sympathy to you and your family on such a sad loss of one still so young.

I am saddened and sorry to hear of Tim’s passing. I know he will be missed terribly! I pray for comfort for you and your family and know he is at peace! ?

I am so very sorry to the family and friends of Tim . Condolences to all.

So sorry for your loss. I am keeping you in my prayers and send my sympathy and a hug.
Mary Kay Lyle

To the members of the Mccracken family my family sends their condolences and prayers that our Heavenly Father gives you comfort at this difficult time.

Susan and family I am so sorry for your loss. Cherish the memories of Tim and know that he is now your guardian angel. Look for signs that he is near. My thoughts and prayers are with you all. He will truly be missed. RIL Tim.

We were blessed to have the opportunity to get to know Tim these last couple of years. He was a good and giving man. Susan and Tim made a beautiful couple. We are praying for your family. Please let us know if we can do anything to help.

i am thankful to have the best family in the world. i think my uncle dale passed his silliness and love of life to all he touched my cousin was a great example of this. his memory is loved and his family is cherished in this time

What a beautiful tribute to a beautiful person who was devoted to his family and friends. We will always remember all the incredibly awesome times we shared. We will miss you Tim. Our prayers go out to Susan and all the family.

So so sorry for your loss!! Thoughts and prayers for your family!

Our thoughts and prayers are with Tim’s family. He will be missed.

Susan We were so sorry to hear of Tim’s passing. Our Prayers are with you and your family.

Sending love to the McCracken family. May the wonderful memories that you have shared as a family bring you all peace and joy!!

So sad to see this Melissa. So very sad.

I am so very sorry to hear this, I will be thinking if you all and my prayers are with you. Tina Hansen.

I always looked Up to and admired. Always working his creativity through building some kind of project. I was introduced to sailing by the Mccracken family and was fortunate enough to crew for Tim an a couple of races. Truly a blast!
We’ll miss you Timmy!

You are all in our prayers.
We have so many good memories of you all. Our boys growing up sailing, and just plain growing up. Tim will be missed.
Love, Bernie, Carol, Ken and Kevin.

Susan please know how much I enjoyed meeting and spending time with you and Tim in Mexivo. You both Helped to make that time bearable.

Tim was awesome and such an inspiration to me.

God Bless you and your Family.

Tim had the brightest smile and kindest heart. We could talk about MG’s for hours if he had the time!
He truly loved his family- and I loved how he displayed his daughter’s artwork in the waiting area of the shop. His face would light up and he would get so excited to people about her work. (It is excellent work!) He was THE go-to guy for complex BMW mysteries, and he will definitely be missed tremendously. He is a KC autotech legend.