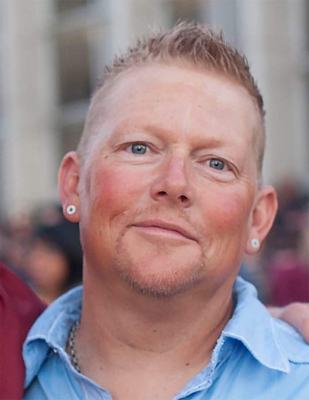 Todd is survived by his children; Tanner Davis, Taylor Davis, and Tucker Davis; his sister Tiffany Sanders; half sister, Staci Davis; niece Aspen Sanders; and the mother of his children, Tabitha Martin. He is preceded in death by his father, Thomas E. Davis; mother Janice E. Sanders; and his step-father David Sanders.

Todd was born in Kansas City, Missouri on May 6, 1970, to Thomas Davis and Janice Sanders. He graduated from Ruskin High School. On June 28, 1997, Todd married Tabitha whom he had three children with.

Todd enjoyed riding his Harley and loved the holidays, especially the 4th of July. His children set off fireworks in celebration of their father’s memory.

Visitation will be Tuesday, July 10 from 10-11, services at 11:00 at Langsford Funeral Home. Burial will be at Mount Moriah Cemetery immediately following the service.

Please join us at Summit Park Church in Lee’s Summit for food and fellowship.

My deepest condolences to the entire family. You will be in my prayers.

Todd was a really good guy and loved his children very much. I was fortunate enough to to have met him and have several great memories of times shared with him. He will be missed!

SO SORRY for this sad time…for the families loss. We have known this family for years….feel their pain. Our Prayers & thoughts are with all the family.

Todd was such a kind person, loved his kids and struggled through life trying to find his spot. This is not the kind of end this man should have had. I wish the best for the kids and they should know that Todd spoke of them fondley.

My sincere condolences to your family. May you find comfort in the promise of Revelation 21:4 of a time when death will be no more and loved ones will be reunited.