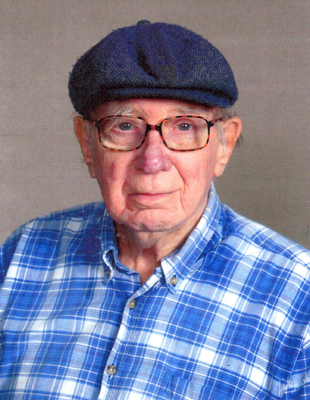 Vincent was born on November 21, 1919. He was the third child of Joseph M. and Hettie J. (Shumway) Flannery. He was married to Marguerite Landuyt in 1946. She preceded him in death in 1989. He was a proud member of the United States Army Air Corp from 1942-1945, attaining the rank of Sergeant. He was awarded 5 bronze stars serving in the South Philippine Islands, Luzon, and New Guinea.

He was a graduate of the Lathrope Technical School and worked in his father’s coal yard. He worked for Dierk’s Lumber Company for over 20 years, starting as a truck driver, rising to the manager of the Kansas City, Kansas yard, and eventually the main lumber yard at 19th and Woodland. In 1965, he started Flannery Delivery Service, hauling rock, asphalt, dirt, and sand, before retiring in 1985 to help take care of Marguerite. He also worked various part time and evening jobs with Yellow Cab, Merchants Delivery, and many years for the United States Post Office sorting mail.

Through his life, Vincent met many friends and helped many people, most of whom we fondly remember today. He liked to drive and enjoyed playing cards and frequently visited the local casinos with his sons. He loved giving quarters to children and shaking hands after mass. In retirement, he was a driver and active member of the Young Of Heart Club, the O’Hara Chapter of the Knights Of Columbus, and a parishioner at the St. Bernadette Parish.

It was an honor working with Vince. Starting with hauling rock when I was 18 and later at the asphalt plant. Vince was a generous and caring guy always helping others. Our thoughts and prayers are with you.

To the greatest gentleman, friend and uncle. He will always be missed, thought of him often. Still have the quarters. Love Ed

Re: Uncle Vincent in hospice Jim