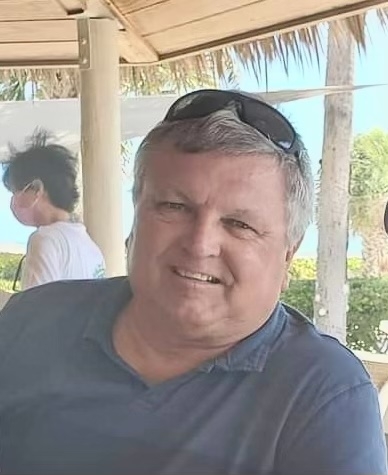 Walter Arnold Monahan, ARNIE, passed away in Lee’s Summit, MO on February 1st, 2022. He died in his home unexpectedly. He had resided there 40 years. His son Brett Patrick was born 3 weeks after the family moved in.

Arnie was born in Kansas City, MO on July 14, 1952. He attended Our Lady of Lourdes School and graduated from Raytown South High School in 1970. He was an active young man playing all sports growing up. After graduation he went on to try a handful of Colleges and Universities where he may have enjoyed the social scene a bit more than studying.

He ended up beginning his career with the Bell Companies, hired as the first male operator.  This is where he met his future wife and mother of his children. He married Janice McGuire on August 31, 1979.

Their daughter Heather was brought into the marriage at age 3, son Brett was born in 1981 & daughter Kelly 1983.

He stayed on 17 years at the Bell Companies and left AT&T as a Manager of EADAS/Network Management Data Center in 1989. Arnie then moved onto management at Sprint for 5 years before a career change.

We were lucky enough to be neighbors and family friends with the Kornis family, owners of Kornis Electric. They brought Arnie on at the Lee’s Summit store and ultimately gave him the Blue Springs store to manage himself. He was highly dedicated to this position. He worked long hours and never used all his vacation for more than 20 years. He had finally just retired in October of 2019 at age 67. He had so much left to do. He was enjoying retirement to the fullest. Golfing with his best friend Dale. Traveling with his daughters and granddaughters for dance and leisure, even some get aways with lifelong friends, The Shannons. It was not enough time for all the fun planned just in the coming months alone.

Arnie had a beautiful family he adored. Three children. Heather, Brett & Kelly. Identical twin granddaughters that were his world. Brooklyn & Caroline. Over the years raising them there was still a lot of play alongside the hard work. He coached Brett in Little League for 8 years and made lifelong friends. He never missed a Royal’s home opener and would sign Brett out of school every year, eventually Kelly joined them as a sports enthusiast.  The three of them enjoyed and endless # of games together. One summer he was present to see his baby girl crowned as Little Miss Lee’s Summit 1992. He was so proud of that moment; a huge picture is still displayed 30 years later right when you walk in his front door. Arnie & Kelly had a special bond. They all had their own special relationship with their dad. She was definitely Daddy’s baby girl. Kelly had been living at home with him for close to a year now while building a new home. That seems to be a blessing from God as this shocking event has occurred. Brett was not far. Only a couple of minutes from his dad.

He held Royal’s and Chief’s Season tickets for years throughout his lifetime.  He of course took the twins to their first Royal’s game when they were two. Proud Papa moment. He probably experienced as many firsts with them as his own children. From the moment they were born, they stole his heart. And as they grew, they did not choose sports but rather dance. He happily became a dance Papa and never missed a trip for a competition, a recital or a Saturday lunch break to spend time with them. They were best friends. Heather did not take part in all of the sporting events with Arnie like Brett & Kelly. She found her deepest bond with her dad when her twins were born in 2008. There was an instant bond. You could see it in his eyes. He did his very best to never miss a Saturday from day 1.

Arnie never had to be the father he was to Heather. He could have treated her like a step child. He could have moved on when he and Janice divorced in 1995. He never thought of her any differently than her siblings. She was his daughter from day 1. Janice made a comment, “she often thought she fell in love with him because she could see how much he loved Heather.” It just shows his amazing character. Like with him & Janice, divorced more than 25 years and even this last holiday season and many many leading up, this family was able to sit at a table together and share laughter, enjoy each moment, because Arnie & Janice were like old friends. They were amazing grandparents together to the twins. Arnie was so happy go lucky he would do anything to make his family happy. Go along with any plan…and put up with 5 women in his life when it should have been 4, just to keep the peace. Everyone who knows he has passed; immediately talks about the wonderful man he was and how will we live without him. We really aren’t sure. He has still brought laughter with the tears each day but there is definitely a gaping hole for each of us and for us as a family unit.

He will always be remembered as the guy who wore a smile, always had a good time, made everyone feel welcome. The life of the party. There was just something spectacular about this man that will never be replaced. His presence in a room was like no other. He was such a joy to be around. Always positive. He was the best one. The light. The life. He provided constant laughter and the best hugs. Hugs we didn’t realize were the last.

In lieu of flowers, please send donations to:

15 and the Mahomies Foundation.org to donate online

Arnie was such an important person in my childhood. I spent lots of time at Janice and Arnie’s house. The one memory I will never forget is when he would blast “Santa Claus is Coming to Town” by Bruce Springsteen over and over the whole Christmas season. Rest in Peace. Prayers for your family to find peace and never forget just how much you loved them.

I first met arnie at strike market bowling alley in Lee’s summit mo. They had bowling league there on Wednesday nights. My parents had a team that played against Arnie’s often I didn’t bowl I just came and watched. Me and arnie always talked he was a awesome fun loving person. Always had a smile on his face and was such a fun loving man to be around. We always joked around alot. Many condolences and prayers to his family. I know him and my dad are up in heaven joking and laughing rite now. Rip arnie

Arnie was so fun to be around! I’d always run into him randomly when I was out. We will always have our memories in Vegas together. Sending so much Love to all of the family! ❤️

So very for your families loss. My condolences to your family.

I will always remember Arnie for his engaging smile, his sense of humor and his generosity. If you did not have a good time with this man around you just weren’t doing it right. RIP Arnie. We love you.

Arnie’s Super Bowl parties were epic. Great friends, food, poker and a drink or 2. I moved to Texas with Sprint and flew back several years for those parties. Arnie was a great friend and super good guy. He will be missed. I will see him again in heaven.