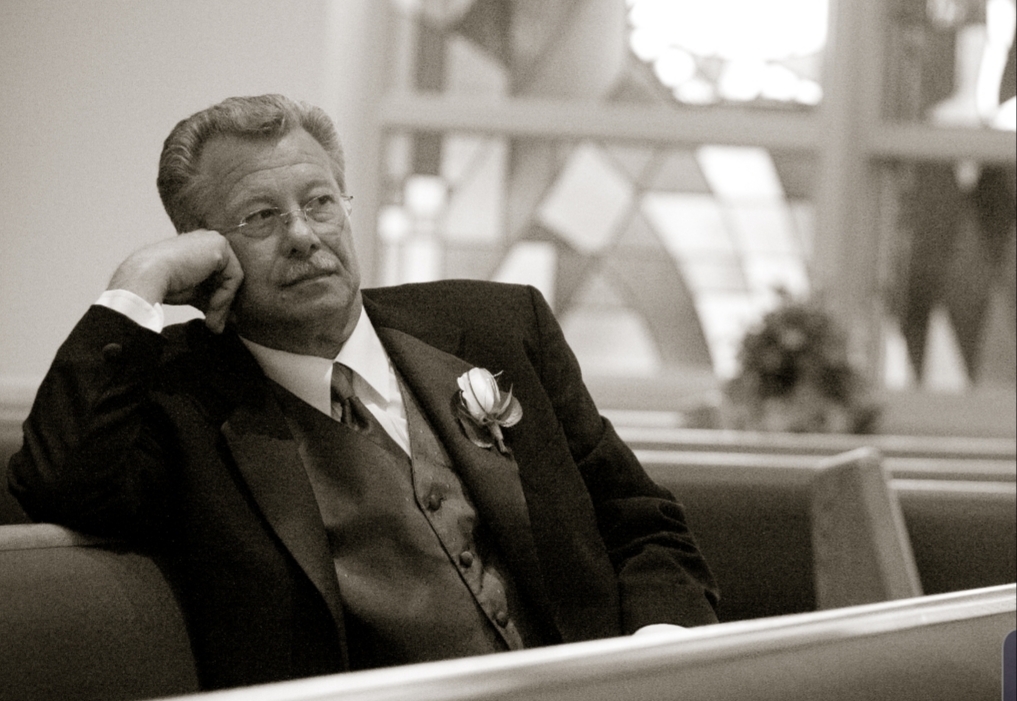 Wayne Alan Moore, 70, of Holden, Missouri passed away October 18, 2019. Visitation will be Monday, October 21, 2019 from 6-8pm at Langsford Funeral Home. Services will be Tuesday, October 22, 2019 at 10am at Langsford Funeral Home.
Wayne was born on May 29, 1949 in Fremont, Nebraska. He grew up learning the HVAC business from his father and made that his profession. He enjoyed working with his hands and helping others with projects. Wayne graduated from Northwest Missouri State University with a degree in Education. Wayne married Kathy on July 13, 1991 and loved spending time with his wife and family. Wayne was an avid sportsman and a lifetime member of the NRA. He was a collector of guns, knives and Zippos.
He was preceded in death by his father, Robert Moore, Jr. (August 21, 2004) and his mother, Rose (Redgrave) Moore (November 29, 2015). Wayne is survived by his wife; Kathy Moore, and his daughters; Casey (Matthew) Britton, Jessica (Devin) Moore, Linsey (Jacob, Sr.) Goodrich and grandchildren; Halle, Kyleigh & Jacob, Jr. Goodrich, his brother; Harlan (Ronda) Moore and many In-Laws, Nieces, Nephews and Friends.

We are so sorry we can’t be there but our prayers are with you. Focus on the happy times you shared.

Our thoughts and prayers are with all of you these next few days.
Peace
PJ & Molly

So very sorry for your loss. May God wrap his loving arms around you and give you comfort.

So sorry for your loss. Wayne was quite the character and I am sure Heaven has a little more happiness and laughter now that Wayne has joined them. Our thoughts and prayers are with all of Wayne’s family – Kathy, Harlan, kids, and grandkids. May he rest in eternal peace.
June & Sherry

So sorry for your loss. I will miss talking with him. My thoughts and prayers are with you.
Sincerely,
Eric Stockstad

I would like to extend my condolences to Wayne’s family for their sudden and devastating loss. Because I live in California I never met Wayne but during the course of discussing work that he was doing for us I developed a great respect for his knowledge and professionalism. He seemed like a great guy and I really enjoyed talking to him. I feel like we became friends. I will sincerely miss him.
Jim Gresham

So very sorry for your loss. Wayne and I have been friends for 40 plus years and he certainly will be missed. Prayers to the family.

My condolences to you and your family on this tough time. I enjoyed my time talking to Wayne alot. He will always be my favorite. Prayers and thoughts with you all.

Kathy I was so saddened to here of Wayne’s passing. If there’s anything you need please feel free to reach out. Sending healing thoughts for the whole family.

Some people bring a smile to your face and they brighten your day each time you see them. Wayne is one of those people to me. I always enjoyed visiting with him and sharing casual conversation. I will always think of him fondly. I pray that Kathy and the rest of Wayne’s family feel the love that Wayne created and they find solace in that.

Your in my prayers and the family also. Wayne was like a dad to me. My family and I will miss him dearly. And I’ll miss the long talks with him. He was one of a kind. Prayers for you Kathy and we are here if you need us.

Kathy please accept my condolences. Sorry I will miss the service but just found out. I always enjoyed playing cards with him. Loved his dry humour. He will be missed by many