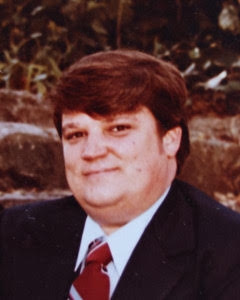 Bill was born to William A. Oldham III and Carolyn Parks Oldham on March 4, 1947 in Kansas City Missouri.

Bill married his high school sweetheart and the love of his life Linda Marie (Montgomery) Oldham on June 2, 1967. The two of them would have a love affair for over five decades. Linda was Bill’s soulmate and best friend and through 53 years of marriage he would move heaven and earth to take care of her and let her know how much he loved her.

He graduated from Paseo HS in 1965 and attended Rockhurst College until he volunteered for the Navy Reserves. Bill was a dedicated husband and father that took pride in being a hard working provider for his family. He spent most of his career in the photo processing industry where he would finally retire as district supervisor from Noritsu America Corporation after 34 years.

Bill loved spending time with his kids and grandkids. He was an avid fisherman and hunter that relished being able to teach and share his passions with both his kids and grandkids. In retirement Bill was able to purchase one of his dream cars which was a Corvette. He was a member of Touch of Glass Corvette Club and could be seen smiling ear to ear as he drove around town.

Bill was a member of the First Baptist Church of Lee’s Summit. Bill chose to show his faith through his deeds and actions instead words. Anyone that knew him would know he was a kind, generous, wise, loyal, patient individual with a great sense of humor.

He was proceeded in death by father William A Oldham III, mother Carolyn (Parks) Oldham and sister Carolyn (Oldham) Packer and his favorite hunting dog Jill.

A celebration of life will be held at a later date.

To honor the memory of Bill and in lieu of flowers we ask to be more like Bill. Love your spouse deeply, teach your kids and grandkids about your passions while creating cherished memories for them. Be a kind and generous Christian through actions not words.

For all of Bill’s family and loved ones. When you get to heaven Bill will be waiting there for you with the top down and a smile on his face ready to show you around heaven.

I am so deeply sorry. My heart is with all of you. I really enjoyed working for Bill. As the memorial message above says, he was patient, caring, fair and encouraging. Over the years, we enjoyed sneaking out on a Friday afternoon for some golf. Then later on a Saturday for fishing or shooting. He was always generous with his time, and genuine with his affection.

Rest In Peace Bill.
You were missed when you departed Noritsu
and now you will be missed in Life!

Linda and all of Bills Family.
We are so sad to hear this news. Our thoughts are with you during this time. We had a toast to so many happy memories of Bill last night when we heard the news. Lots of Noritsu and fishing stories…even a few memories of great restaurants. We regret not seeing more of you all in the past year….always saying that we are so close lets get together.
Rest in peace our Friend.

I had the pleasure of being “adopted” by Bill and you when I first moved to Kansas City back in the mid eighties and a young sales rep for Noritsu. Bill was the cornerstone of my success at Noritsu and the memories I have of fishing, frog giggin’ and spending time in Lee’s Summit are cherished. I am sending you my most sincere condolences and pray that your memories and joyful time on this earth together will help you through this difficult time. The love you shared was always apparent and an example of what a marriage should be. My God bless you and your family.

I am so sorry to hear about Bill. I worked with Bill for 28 years at Noritsu. He was my first boss there and we worked closely together for many years after that. We had a lot of great times together fishing for Bass, Trout, golfing, shooting sporting clays. Bill was a wonderful person and a great friend. My condolences go out to the family.

My sincere condolences to you and your family for the loss of a great man. I knew Bill when we worked together at Noritsu for many years. He was a kind and gentle man with a heart of gold. He wasn’t afraid to speak his mind when it came to improving the Company through policies and processes and I will forever be grateful for those contributions. I will always cherish his zest for life and especially his friendship throughout my tenure with Noritsu. He will be missed.

Bill was my ‘big brother’ when I began working with him at Noritsu. Bill taught me so much about work, but even more about life, and how best to live it. I was blessed to have Bill and his family welcome me into their family.

Please let me know when the service is scheduled; I will be there.

I am so sorry for your loss. Bill was a good friend, and will be greatly missed.

Hi, My name is Anibar. I worked with Bill, 17 years ago at Noritsu, I was a Dispatcher. Every encounter with Will was very pleasant and he was such a kind man to me. I will never forget his voice. Great memories.

My deepest condolences to Linda and the Oldham family. Bill was a kind and caring person like it said above. I enjoyed working with him at Noritsu. Bill and I had to wait 10 hours in Denver on our way out to training in LA once. He had a great sense of humor and I was happy to be stranded there with him. When we had our group lunches he always made us laugh. This world has lost a good man and Heaven gained an angel. RIP Bill

Linda and family,
My deepest condolences. Bill was a great co-worker, friend, and mentor, and always a joy to be around. He will be missed by so many people whose lives he touched.