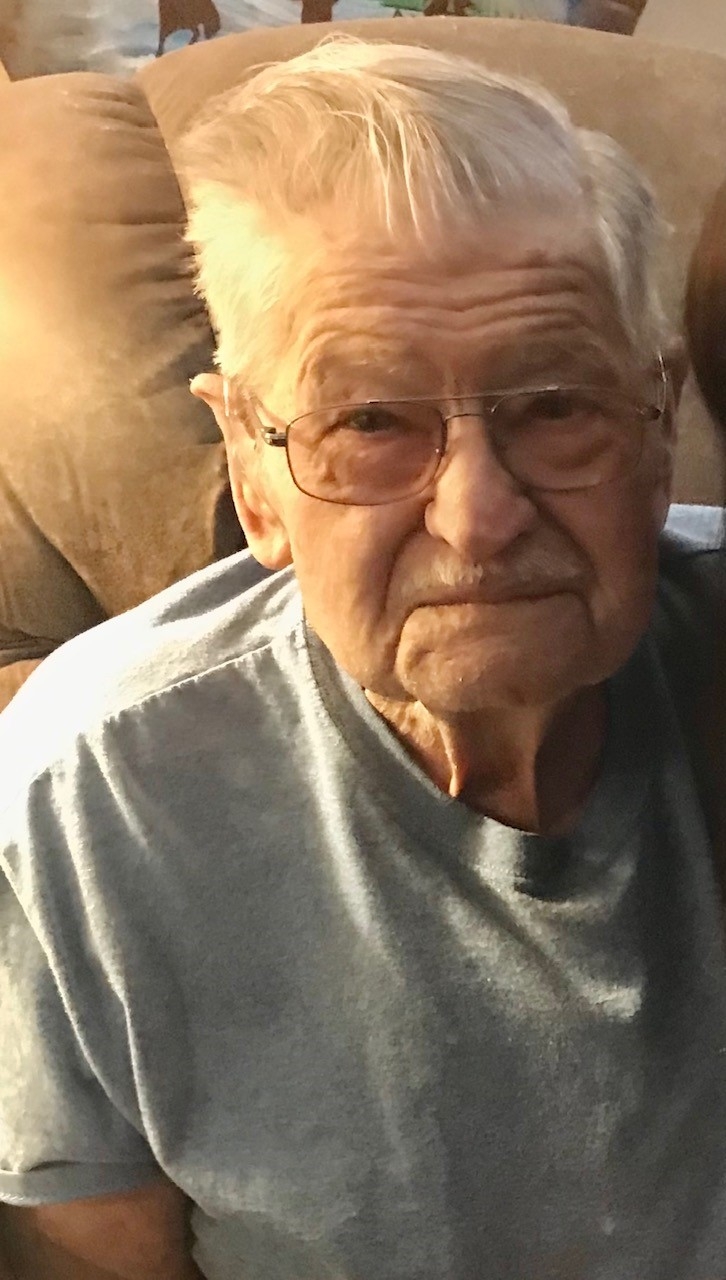 William (Bill) Oliver Brooks, 86, died at his home In Lee’s Summit, MO on Monday January 18, 2021. Bill was born on April 27, 1934 in Grand Chain, Il. As a child & young man, he worked the farm and land that his beloved parents owned. He left southern IL when he was in his mid-20’s and settled in Kansas City, MO. He worked as a laborer for five years before being accepted into the Pipefitters Union. In 1965 Bill met, Virginia (Ginny). The two of them formed a loving partnership and marriage that lasted 50 years, until Ginny passed. Bill was not only a loving father to his two sons, he also raised and loved Ginny’s eight children as if they were his own. The family moved to Lee’s Summit, MO in 1971. Bill and Ginny bought a small home and spent many hours gardening and planting flowers. Bill worked long & hard as a welder for over 30 years. He worked on industrial sized pipes at many iconic buildings in Kansas City. Among them, The Muehlebach Hotel, Municipal Auditorium, Bartle Hall and The Bendix Plant. Bill’s expertise was not limited to welding and pipefitting, he was also a gifted hunter and fisherman. He loved fishing and hunting with his dad, sons, grandsons, nephews and friends. Being outdoors was where Bill thrived, surrounded by the beauty of nature and the call of the wild. The time Bill spent hunting and fishing were some of his most treasured moments. Bill and Ginny were members of First Assembly of God Church in Lee’s Summit MO for over 35 years. The two of them made many friends at their Church, some of whom became as close as family members. Bill volunteered for many projects the Church did in the community. Bill retired from pipefitting work in 1995. He continued to hunt and fish. He also took up painting and woodworking as a hobby. He built many birdhouses and rocking horses, and he painted fabulous landscapes. Bill always had to be active doing something. He was not one to take it easy. He never took time off from life. Bill was a devoted, husband, father, grandfather, son, brother, uncle and friend. One could always count on Bill to give a helping hand whenever and wherever it was needed.

Bill was preceded in death by his cherished wife, Ginny, his parents, Hazel and Hershel, his sister & brother-in-law, Janette & Ralph Sommer, his grandson, Nicholas, and granddaughter Mandie.

Our hearts are heavy with sadness, though we are also grateful for the beautiful memories of a great and humble man and the knowledge that he had a joyous reunion with his beloved wife and many other family members and friends. Friends may call Monday, 9:00 AM to 10:00 AM, January 25, 2021, at Lee’s Summit First Church, 425 SW Oldham Pkwy, Lee’s Summit, MO. Funeral service will immediately follow the visitation. Interment at Lee’s Summit Cemetery following the funeral service. The family suggests contributions to Lee’s Summit First Church. Contributions will be directed to the general fund.

Bill was a wonderful man. We thank God that our paths crossed and we were able worship with Bill and Ginny and family. We enjoyed going to visit him and listen to the stories he would tell. The amazing thing is we never heard a story the second time.
We loved Bill and look firward to seeing him again in Heaven.

I was lucky to have you in my life. Thank you for being the greatest Man I’ve known. I love you and I will miss you terribly. Hug Mom for me. ❤️

Bill & I both worked for A. D. Jacobson Company (now P1 Group, Inc.) for several years. I really got to know Bill very well when he regularly attended monthly prayer breakfast meetings with several of us who also worked in the mechanical trades. I loved hearing him tell stories and enjoyed his laughing along with all of us. I was most impressed with how he spoke so highly of his dear wife and family members. I could tell that he loved them dearly. Most of all I loved to hear him pray. It was very obvious that Bill had a personal relationship with God. Maybe I’m being selfish, but if I had a need of any kind, I wanted this man praying for me. I will my friend greatly.

Bill was a good man who I know will be greatly missed by all those that loved him.

The Lord put Bill in our lives at the right moment. With the faith, love, selflessness and courage of Christ in his heart he stepped up and embraced and loved our mom and all of her children. I am grateful that he stayed persistent in offering that love to a scared, angry teenager 56 years ago. He gave me what was most needed at that time: Stability and strength. It helps a heavy heart to know he is now experiencing endless joy with Mom in Heaven.

Bill was such a sweetheart. I know he will be greatly missed by friends and family who loved him. My thoughts and prayers are with everyone.