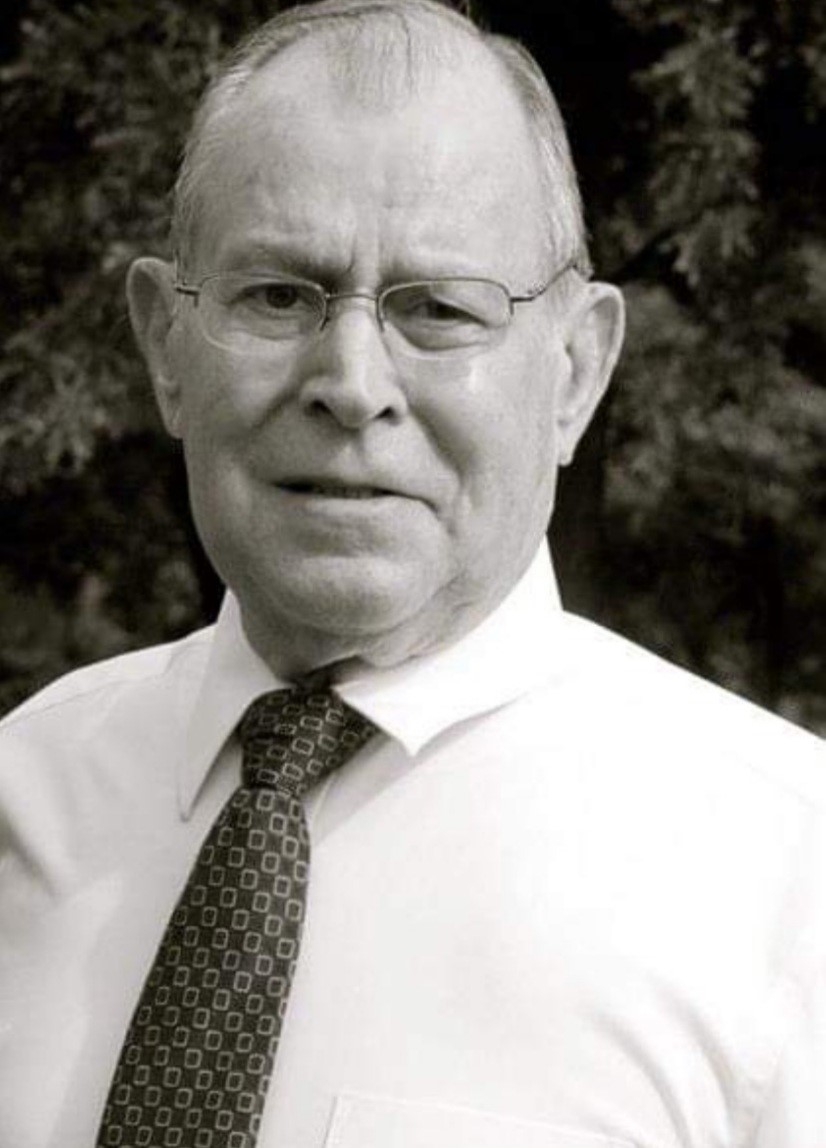 William Maurice Carter, 86, of Grain Valley, Missouri was born on July 22, 1935 in Republic, Missouri. He was the son of William Rudolph and Delpha Carter. He went to meet his Heavenly Father on Sunday, August 1, 2021, at his home surrounded with love.

William grew up in Ash Grove, Missouri and played basketball; was 1 st chair Trumpet and a member of FFA and he graduated from Ash Grove High School in 1952.

After graduation he moved to Wichita, Kansas and was employed at Boeing for 3 years as a Tool & Die Maker before being laid off in 1955. He then went to work at a hometown grocery store.

His world changed as he met and fell in love with his future wife, Wanda Lorene Willbanks. They were united in marriage on June 5, 1955 and soon started a family raising three children Conna Lorene, Phillip Maurice and Carla Rena.

At the age of 20, he made the most important decision of his life to follow Jesus as his Lord and Savior and was water baptized where he was a faithful Christian for the remainder of his life. He became a member of the Lane Avenue Baptist Church in Kansas City, MO on April 29, 1973. He was a Deacon and also taught adult Sunday School and took on the task of maintaining the Building and Grounds for many years.

At the age of 21 William enlisted in the United States Air Force at McConnell Air Force Base in Wichita, Kansas in April of 1956.

He was an avid outdoorsman. He enjoyed fishing and hunting. He also enjoyed restoring old trucks, tinkering with wood airplanes and puzzles. He competed in Trap & Skeet competitions at Richards Gebaur Air Force Base. His passion was the time he spent customizing and bluing shotguns and rifles.

In 1962 he was transferred and moved his family from McConnell AFB in Wichita, Kansas to Richards Gebaur AFB in Belton, Missouri. He was also employed part-time at Phillips 66 in Lee’s Summit and he rebuilt powerheads for boat motors for Lake Jacomo Boat Dock. He was Board President of Village Fair Swimming Club and he was the neighborhood fix-it man.

He proudly served his Country as an Air Craft Welder / Instructor for the United States Air Force for 22 years. In July of 1971 he graduated from the Non Destructive Inspection Specialist (NDI) training from Chanute AFB, in Illinois. He spent the rest of his career in the NDI Lab where he x-rayed aircraft and took oil samples while being stationed at Richards Gebaur AFB in Belton, MO. He retired from the Civil Service and the Air Force Reserves (442nd Fighter Wing of Whiteman AFB) in 1991 at the rank of Technical Sergeant after proudly serving his Country for 34 years and 8 months.

After the passing of his first wife, Wanda of 51 years, in October 2006; he fell in love once again and married Sylvia Headley of Prairie Village, KS on April 12, 2008. They enjoyed spending time traveling with family and friends to Colorado, South Dakota and many trips to Branson MO where they enjoyed Silver Dollar City and took on many of the sights and shows that Branson has to offer. They also spent time working in the yard and enjoying each other’s company while putting puzzles together. Due to health concerns in September 2018, they bought and moved into a ranch style home in Grain Valley, MO.

He was preceded in death by both of his parents; his first wife, Wanda; one sister, Delma Jean Carter Cope and an infant grandson, Matthew Slagle.

Bill was a good man who welcomed me into the family with open arms when he married my grandmother. He will be missed by all.

My prayers are with the family. From one veteran to another fly high and rest in peace.

So sorry for your loss Sylvia. Our prayers will be sent your way.
We will not be attending due to Larry is in hospital as of yesterday. He fell and fractured his hip.
Our love to you and family with prayers to all. God Bless.

We are David Ramsey’s parents. David thought highly of Bill and spoke of him often. We are sorry for your loss. Sending prayers your way.

My thoughts, prayers and deepest sympathy goes out to all at this difficult time. Especially to Phil, Vickie and the boys.

He will be so missed!! A few blessed man of God! With beautiful families! He’s a great mentor to many families! Lots of beautiful memories with his families at Lane Avenue!!