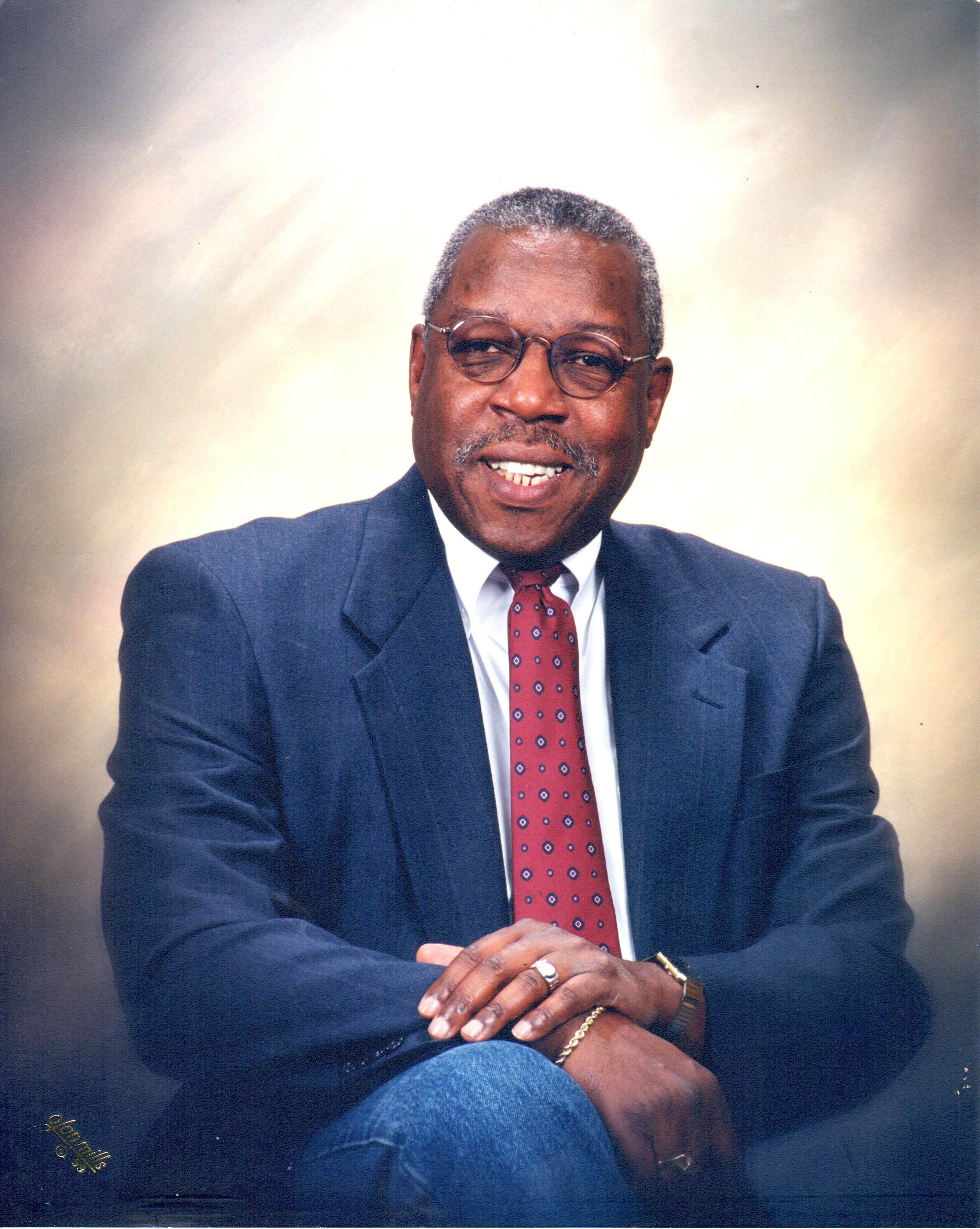 William “Bill” P. Howard, 79,  was born in Sweetwater, Tennessee. He was the second born child to James and Ozell Howard.  He joined his older sister and only sibling, Jamesenia (Howard) Shelton.  He graduated from High Point High School. After high school, he attended Morristown Junior College completing an Associate’s degree. Ultimately Bill earned his Bachelor’s degree from his beloved alma mater, Tennessee State University in 1962.

Bill’s first job was working for  Bluefield State College in the business office in Bluefield, West Virginia.  It was during this time that he met his wife of thirty-four years, Eva (Martin) Howard.  After getting married, he moved on to work for Graflex Job Corp as a  job specialist in Morganfield, Kentucky.  Shortly after the move, his first child, Billie Yvette was born.  In 1968, Bill and his young family moved to Kansas City for a new job with  Joint Action Community Service (JACS). This agency was a subcontractor with the federal government.   From this position, he was recruited to the Department of Health and Human Services where he would serve the rest of his career.  During this time, Bill’s son, William Christopher “Chris” was born.  As the Director of Fiscal Operations, Bill managed a multi-million dollar budget for which he received a presidential citation from President Richard M. Nixon.  After thirty-one years, Bill retired from HHS to begin the next chapter of his life.

Bill was creative, loved flowers/plants, and enjoyed  working with his hands.  He used his creativity in gardening, refinishing antiques, and building terrariums.  Working in his garden was Bill’s way of relaxing after a full day at work.  He also spent countless hours at estate sales seeking new pieces of antique furniture to refinish. Many of the refurbished pieces found new homes in his house or were given as prized gifts to family members.  At one point, Bill had so many completed refinished pieces, he began selling them in consignment shops.  Soon after, building terrariums in impossibly narrow or uniquely shaped glass containers became his new creative outlet.

Bill travelled extensively, sometimes for new experiences, but mostly to spread the word of Christ.  The mission field took him to many countries to include, Chile, Tanzania, and Kenya.  In Kenya, he spent weeks at a time living with members of the Maasai tribe.  He often spoke of the pure joy the Maasai people displayed in their daily living.  While in Kenya and in conjunction with Mercy in Action International, Bill was able to help build a school and a church.  He often said that Mount Kilimanjaro kept calling him back to Kenya, and at last count, he traveled there twenty-one times.  Bill sat on the board of Mercy in Action International from its inception to the present. Mission work  was one of his later in life passions.  Throughout Bill’s retired life, he enjoyed the experiences of different people, cultures, and environments. His travels took him to six of the seven continents. He loved animal safaris and cruises.  His most recent travels to the Holy Land included an opportunity to be re-baptized in the Jordan River.  This experience was a highlight of all his travels.

Bill is preceded in death by his parents, James and Ozell Howard,  his sister, Jamesenia Shelton and his brother-in-law, William “Teddy” Shelton.  He is survived by former spouse, Eva Howard; his daughter,  Billie Howard Barnes (and David Barnes); his son, William Christopher Howard, and his wife, Cherie; and four grandchildren: Isabella and Gabriel Barnes, and Michael and Lauren Howard; his nephews, Rev. Terry Shelton and Jeff Shelton; his neice, Tawansie Shelton; and his great niece, Monique Shelton.

Funeral services are scheduled for 11:00 AM on Saturday, April 27, 2019 at the Lee’s Summit First Church. A visitation will be one hour prior to the service. Burial will follow in the Lee’s Summit Cemetery.

In lieu of flowers, donations may be made to Mercy in Action International at http://www.mercyinactionintl.org/partnership-opportunities.html.

Our condolences to the Howard family. We pray for you at this time of such deep loss. Bill was such a pleasant man and my husband and I enjoyed talking to him before church each week. He would always greet us with a big smile and had a way to make you feel he had a genuine interest in every conversation we had. We are so happy to have known him as a part of LSF church and the Family of God.

His warmth and sense of humor will be sorely missed. But I know “he’s up there.”

Dear Billie and the Howard family, we send our condolences and love on the passing of Bill. We mourn with you and long for the day when death and tears are no more. It is our prayer that you will be comforted fond memories and the blessed assurance of that future reunion. Love, John and Linda Tackes and family.

To the Howard Family,
I’m so sorry for your loss. Unfortunately, I’ll be out of town and unable to attend. I want you to know that you will be in my thoughts and prayers during this difficult time.

We send our condolences at this time to the Howard family. We just recently began attending LSF and always sat close to Bill. We enjoyed our time speaking with him and getting to know him. He is such a wonderful man and will be dearly missed.

Dearest Aunt Eva, Billie, Chris & Family
I asking that God Wraps his arms around all of you as you prepare for Uncle Bill’s Home Going. I know it will be hard , but knowing that he touched so many people in his lifetime. With his many passions, the love of furniture restoration, love of travel, planting and giving new life to the things he came in contact with. I will enjoy the many memories that you allowed me to share with him . May He Rest In Peace.
Lovingly Submitted
Carla Martin-Leonard